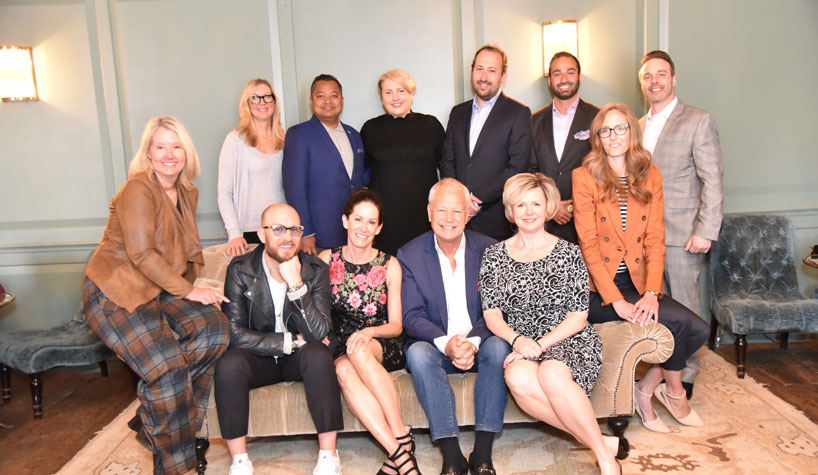 NEW YORK—Like other industries, hospitality is known for its buzzwords. Think: authenticity, identity, personalization. Another one to consider is lifestyle. What does it mean? Who is the ideal lifestyle customer? Most importantly, what does lifestyle mean to designers and owners? Despite the differences, common ground is a familiar territory.

Hosted by Restoration Hardware, an American home-furnishings company headquartered in Corte Madera, CA, the full roundtable discussion focused on how designers and owners can come together to create standout properties through design; what the key elements to a personalized property experience are; and what exactly can be considered a lifestyle property (if there’s even such a thing as a “lifestyle” property).

Hotel Business Editor Christina Trauthwein, who moderated the 10-member roundtable, kicked off the discussion by asking a question many industry experts have been seeking the answer to over the past few years: “What is a true lifestyle hotel?”

Leaning back in his chair, Richard Millard, CEO and chairman of Trust Hospitality, a Coral Gables, FL-based boutique hotel management company, after openly questioning the validity of the widely used industry term, responded to Trauthwein’s question with: “I don’t really think there is such a thing—or a definition—because I don’t know anybody that [has] ever said to me, ‘I want to stay at a lifestyle hotel.’ I don’t even know what it is.”

Sitting diagonally from him, Cory Brian Ingram, SVP of creative at Dream Hotel Group, a hotel brand and management company headquartered in New York, leveraged Millard’s skepticism and curiosity by poking fun at how some brands from other industries have been slapping on the term “lifestyle” without adding any substance behind the positioning.

Shortly after the laughter subdued, Foiz Ahmed, president of Quadrum Hospitality Group, a New York-based investment management company, at the other end of the four-in. thick wooden conference table, concurred with his colleagues; however, he went on to offer an alternative viewpoint—introducing another term into the discussion.

While Christina Zimmer, SVP of design at Highgate Hotels, an investment and hospitality management company headquartered in New York, agreed with the essence of what her fellow panelists were saying, she additionally pointed out the importance of recognizing how the hospitality industry has changed over time—specifically with regard to how locals viewed restaurants in hotels (compared to 40 years ago, more locals are now dining in restaurants at hotels in Manhattan, for example).

“I think some of the best restaurants in New York are in hotels,” she said. “I think the term comes somewhat from the idea that it’s a place that locals go, and so now it’s part of my community, and it is independent, so it’s not a chain—I don’t see the same thing I see in Hawaii that I see in Manhattan.”

Who else had thoughts on what “lifestyle” means to hoteliers? Stay tuned for more coverage on “Differentiate Through Design” in the May 21 issue of Hotel Business.