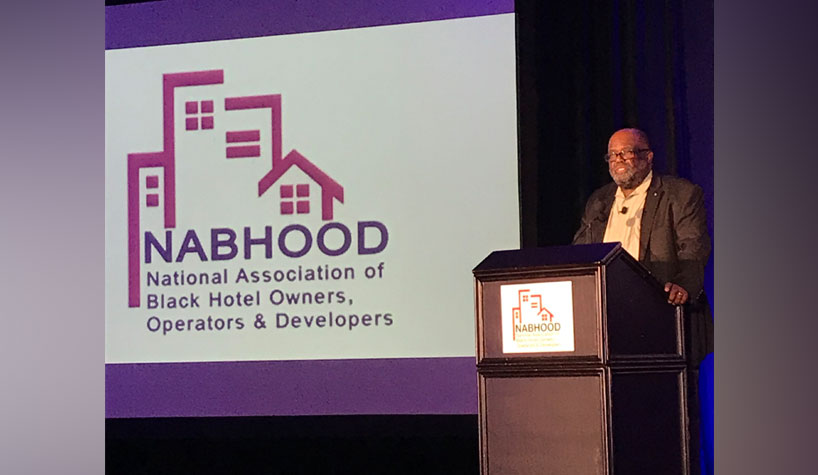 MIAMI—Members of the National Association of Black Hotel Owners, Operators & Developers Inc. (NABHOOD) gathered at the International African American Hotel Ownership & Investment Summit & Trade Show to discuss trending issues in the industry. Held here at the Miami Marriott Biscayne Bay Hotel, the summit, now in its 22nd year, kicked off with a message of opportunity, diversity and family.

“This is an opportunity conference,” said Andy Ingraham, founder, president & CEO of NABHOOD, to a grand ballroom packed with owners, operators, investors, developers and brand executives during the summit’s opening session.

NABHOOD’s leader stressed the importance of members developing relationships within the industry. For him, established relationships enable the association to build a family dedicated to the long-term success of its members. “NABHOOD is dedicated to your success,” Ingraham said. In his eyes, every phone call and email is an opportunity.

“It’s actually disgraceful that a group of people that have been here for so long own less than 1% of the greatest industry in the world, only second to healthcare,” he said.

During his remarks, Ingraham encouraged members to be the next version of the association’s current leadership team, but Ken Fearn, NABHOOD’s chairman and managing partner of Integrated Capital LLC, had a slight difference in opinion on the association’s future; he took the vision a step further.

“The future are the people who are in this room, and I certainly hope that you’re not the next of us, but you’re the better version of the things that we didn’t get to accomplish. This organization will not be truly successful until we reach that point where it’s expected that people that look like us are entering the room, are at the negotiating table, are structuring deals,” he said. “That’s where the next generation and the future of NABHOOD has to get to. Everyone in this room is a part of that.”

Ingraham concluded by emphasizing the need to continue to empower youth. “Education is the cornerstone that allows us to go a step further than our parents did,” he said. He also urged members to share their thoughts, opinions and experience with the students in attendance at the summit, and asked vendors on hand to donate $500-$1,000 to NABHOOD’s scholarship fund.