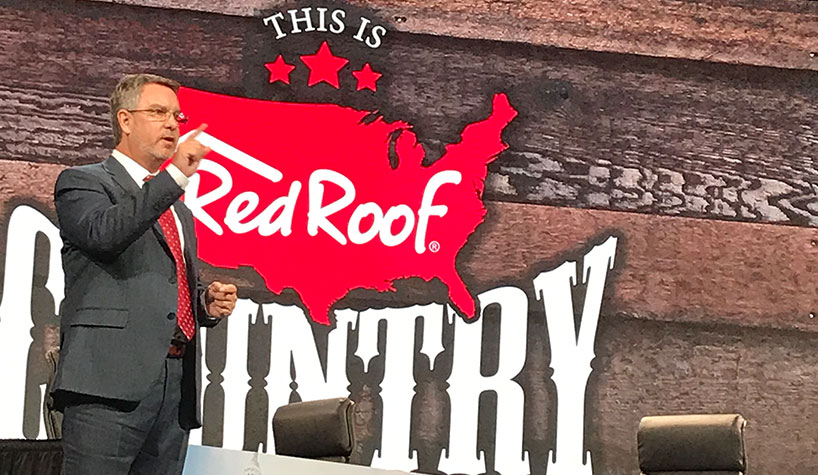 NASHVILLE, TN—Sticking with tradition, Red Roof executives, to get their points across to franchisees, performed in several skits, including a political talk show featuring “Dr. Phil” and a slightly different take on NBC’s The Voice. The hospitality company’s overall message was simple: This is Red Roof country.

“It’s a good time to be in the hotel business,” said Andy Alexander, president of Red Roof, to a room of 900 attendees at the hospitality’s brand conference, held at the Gaylord Opryland Resort & Convention Center.

Today, the hospitality company, which opened a new headquarters in Columbus, OH, has more than 59,000 rooms across all four brands; Red Roof signed 64 property deals in 2018.

The company’s top executive attributes the company’s success to Red Roof’s “all-in” strategy. “Being all-in means meeting and exceeding guest expectations,” he said. “We want the franchisees to be best in performance, quality and satisfaction.”

There’s a “strong opportunity” for Red Roof’s franchisees in the extended-stay segment, Alexander said, noting the success of Red Roof’s extended-stay brand, HomeTowne Studios, which now has 54 properties across the country, and the segment’s overall growth.

“We can’t focus on the market demands today because the market will demand something entirely different tomorrow,” Alexander said.