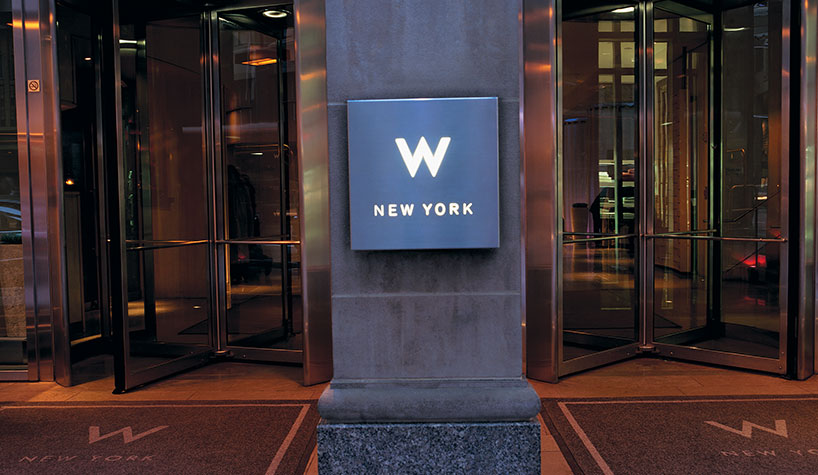 NEW YORK—Calling it an evolution of the brand, W Hotels has decided to search for a new flagship location here, and remove the W brand from its founding location on Lexington Avenue after 20 years.

“It is a hotel that we have been super proud of, and it is really the hotel that started everything,” said Anthony Ingham, brand leader for W Hotels. “It started what W is today with 53 hotels around the world and 40 more in the pipeline under construction. It changed the game in New York at its time, but the brand has evolved and as the brand has become more mature. We have been opening hotels all around the world—and now more recently back in the U.S.—that are increasingly purpose-built hotels with extraordinary architecture and a high level of design and quality, and a complex physical layout of bars, restaurants, nightlife and lifestyle spaces.”

The property was evaluated and it was deemed that it could not be renovated to match the characteristics of the current W hotels. “Basically, the architectural limitations of a building like that mean that it is practically impossible to renovate it to a level that would match the expectations of the brand that we are building today,” he said.

The hotel will leave the brand’s portfolio in April, and it is unknown whether it will fall under another brand in the Marriott International family, or another brand entirely. The property is owned by Capstone Equities and Dune Real Estate Partners.

Ingham said that the search is underway for a location in New York City for a new W flagship that “matches up to the expectations that consumers have of W around the world now.”

The exit is part of an overarching strategy for the brand’s North American properties. ”This is currently the only exit that we can announce at this time; it is possible that there may be more,” he said.

Ten hotels are currently under renovation from the original North American portfolio. “We identified the hotels that structurally have the capability with the right amount of investment to be elevated to a level that matches the expectations of a consumer who has gotten used to the Ws we have been building both in the U.S. and internationally from scratch,” said Ingham. “That is a large renovation program, considering we have 25 hotels here.”