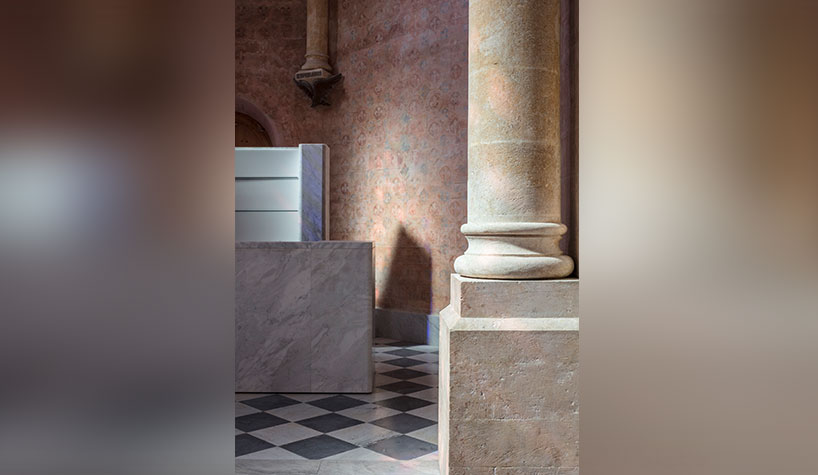 The new hotel, which will be named The Jaffa, a Luxury Collection Hotel, Tel Aviv, comprises a landmark building in ancient Jaffa, in addition to a new structure featuring contemporary design by John Pawson and local architect Ramy Gill.

“The property was originally earmarked as a W, but the construction process has taken much longer than we expected because…as we started the excavations and all of the work, the construction firm started uncovering all sorts of artifacts and historic parts of Jaffa City, which is a highly protected part of Tel Aviv,” said Anthony Ingham, global brand leader for The Luxury Collection and W Hotels. “It had a huge delaying impact on the construction of the hotel to be sensitive to the items that were being uncovered.”

The preservation and incorporation of those historical elements changed the design elements of the property. “When we were originally thinking about doing it as a W, we had a plan for the Living Room, which was going to be the arrival area of the hotel, which is a bar and a highly activated space in a W,” he said. “The space where the Living Room was to originally be, we uncovered a piece of the original wall of Jaffa—a 10-15-ft.-long, 8-ft.-high portion of the wall. It is now a feature of the Living Room of the Luxury Collection hotel.”

He continued, “As we got into it, what we found was that there was this extraordinary cloister in the middle that has been restored to look like the original cloister. Legally, protection-wise, we could have changed that space, but architecturally, it is too precious a space to not honor, so the cloister in the center has become a real focal point of the hotel. Then, there is an original chapel that was earmarked to be a nightclub. When we started work on this chapel, we uncovered original stained-glass windows and a hand-painted ceiling. You can convert it into a great destination experience, but it doesn’t lend itself to the kind of future-forward, modern approach that we take with W. It wouldn’t do this building and location justice.”

The hotel will include two restaurants by New York-based Major Food Group, a spa facility by L. Raphael and an outdoor pool and lounge.

Ingham said that the company is looking for other sites in Tel Aviv for a new-build style for a W.