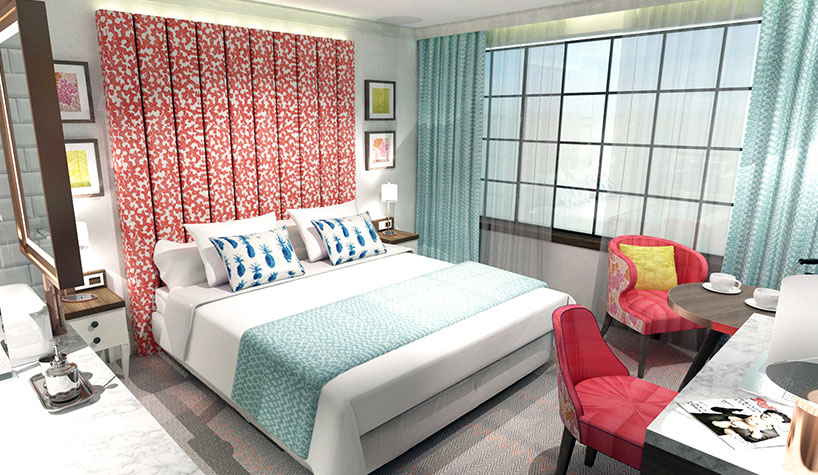 INTERNATIONAL REPORT—Dublin is set to get its first Hard Rock Hotel; Residence Inn by Marriott opened a record-setting property; Hyatt expands in East China; and Turkey gets a beachside resort. Here’s more on properties that have opened or are in the works abroad:

Hard Rock International is expanding its hotel portfolio to Ireland, with plans to open Hard Rock Hotel Dublin in 2020. Working in collaboration with Tifco Limited, the opening of Hard Rock’s first hotel in Ireland will shine a light on the musical vibrancy of the destination, past and present.

Located in Dublin’s city center close to the Temple Bar area, the hotel will comprise two structures: an existing listed property, built at the turn of the 20th century originally known as the Exchange Buildings and currently the site of the Parliament Hotel; and the adjacent Fashion House Building. Accommodations include 120 guestrooms and suites. Elsewhere, there will be an all-day dining restaurant and a bar.

On Warwick Rd. in Earls Ct., the hotel has 319 suites, of which several have private terraces. The London skyline is in view from the hotel’s eighth-floor terrace, which will also be available as an events space. The property’s one- and two-bedroom suites include separate living, working and sleeping areas, designed for those taking longer stays. There are also kitchens in each of the seven suite categories.

The property is owned by a controlled affiliate of Starwood Capital Group, and is operated under a franchise agreement with hotel management company and specialists in the extended-stay market, Cycas Hospitality.

Hyatt Hotels Corporation has opened the Hyatt Regency Zhenjiang in East China’s Jiangsu province. The 318-room hotel is set atop the East Tower of Suning Plaza, the highest skyscraper in Zhenjiang. The hotel has two sky-high restaurants and lounges, event spaces, wellness facilities and a rooftop helipad.

Amenities include a private beach, swimming pool, restaurants, spa center and on-site bars. The hotel’s Seya Beach Club serves as both a restaurant and club.