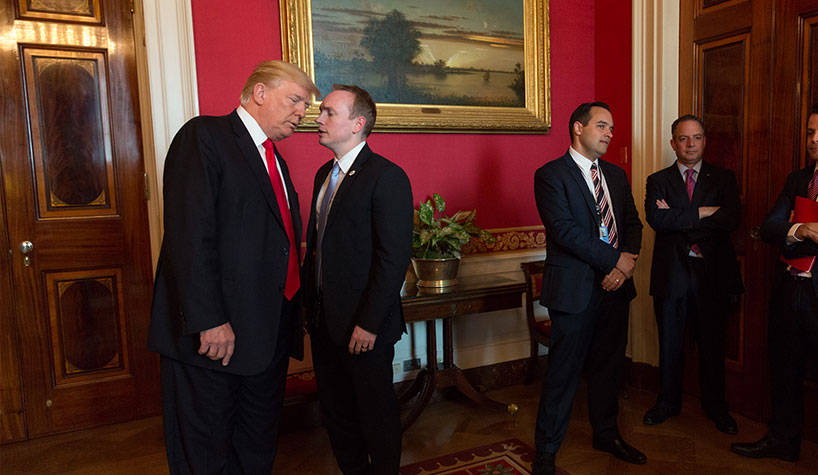 ATLANTA—The Hunter Hotel Investment Conference has revealed that Cliff Sims, former senior communications aide to President Donald J. Trump and author of the New York Times bestselling book, “Team of Vipers: My 500 Extraordinary Days in the Trump White House,” will be the keynote speaker at the 2020 conference.

“We chose Cliff as our keynote speaker this year because of his knowledge of the political arena, and his ability to give us strategic insight into the election,” said Lee Hunter, conference chair, Hunter Hotel Investment Conference. “When we convene in Atlanta for the conference, the country will have completed a few primaries, and should have a better idea of which candidates will stand. Cliff will help us navigate what has happened so far and what we can expect to see both parties bring to voters as we approach the November elections. You will find his observations refreshing and informative, no matter your political affiliations.”

Sims is currently the president of Telegraph Creative, one of the country’s top boutique marketing, advertising and digital transformation agencies. Through his consulting firm, C.D. Sims & Co., he also helps corporations, CEOs and public figures with a wide range of public affairs, communications and media needs.

From President Trump’s inauguration in January 2017 through May 2018, Sims served as special assistant to the president and director of White House Message Strategy. In this role, he led the White House’s messaging operation, advising the president and senior officials, and he spearheaded the administration’s communications and messaging for major initiatives, including the successful passage of tax reform and the confirmation of Secretary of State Mike Pompeo. Sims was also responsible for the production of the president’s video recordings, staffed the president for media interviews, led a weekly briefing for members of Congress on communicating the president’s priorities, and wrote countless presidential remarks, talking points, op-eds, press releases, readouts and statements.

Prior to joining the president’s staff in the West Wing, Sims was a communications advisor for Trump’s 2016 presidential campaign, based in Trump Tower in Manhattan. From 2011 to 2016, Sims was the founder and CEO of Yellowhammer Multimedia in Birmingham, AL. He sold the company upon accepting a job in the White House.