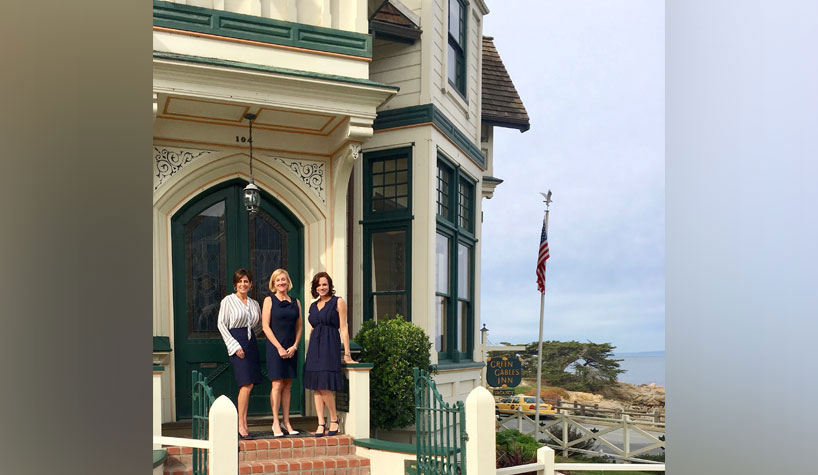 Shelley Post, one of the original four sisters for whom the group is named, moves from president to a new role: founder and senior consultant. Post will continue to work on company strategy and ensuring a smooth transition.

Under Post’s stewardship, Four Sisters Inns has grown from its 1970s roots as a Pacific Grove bed-and-breakfast inn to a boutique hotel group with 18 properties throughout California with more than 300 employees. Post, who ran her first inn during the summer when she was only 16, said, “The time has come for me to pass the reins to a new generation, and I’m thrilled to be handing them to two trusted senior employees who have been part of our team for so long.”

Mims joined Four Sisters Inns in 2002 as director of marketing and was named VP in 2012. In addition to overseeing marketing efforts, Mims has been involved in operations, hotel transitions, consulting, technology solutions and staff training.

“We’ve been actively working on a succession plan to ensure continuity for our guests, employees and investors,” said Mims. “Our team is committed to keeping what has worked so well all these years, in addition to looking at ways to innovate and improve upon the guest experience.”

Costa joined the company in 1987 as a bookkeeper and executive secretary. She was subsequently promoted to office manager and, in 1995, named VP of accounting and human resources. In 2014, Costa was named controller and two years later became CFO.

“Shelley has created a legacy that I am proud to have helped craft over the last 30 years,” Costa said. “I am excited for the company’s next chapter.”