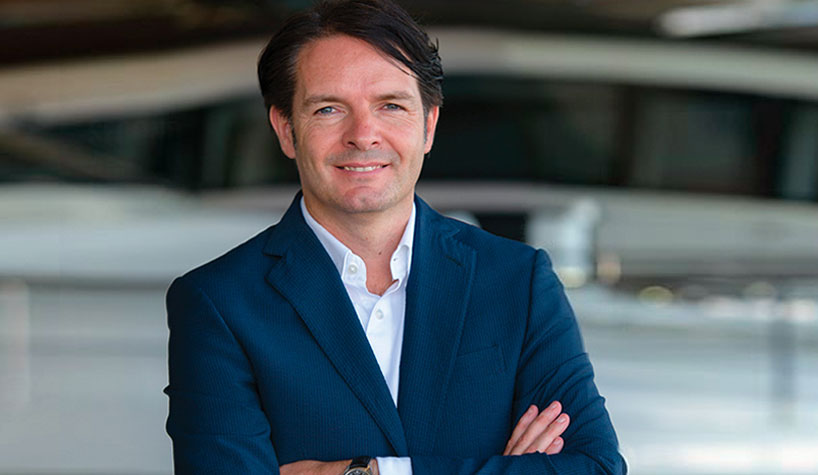 Henderson joins Exclusive Resorts, having recently served as president of commercial operations for XOJET, an on-demand private aviation platform in North America that was acquired by Vista Global in December 2018. While at XOJET, Henderson developed and launched a new membership model and led the creation of a full-service on-demand platform. Prior to XOJET, he held a variety of executive roles with luxury goods and services companies, including premium yacht manufacturer The Ferretti Group.

Hilton Grand Vacations Inc. tapped Mark Melnyk as VP of investor relations. Melnyk will oversee HGV’s investor relations department, serving as a company liaison with investors and analysts, among others. He will be instrumental in maintaining a high level of transparency in HGV’s communications with the investment community.

Most recently, Melnyk founded The Demarest Group, a corporate finance and FP&A consultancy firm based in New York City. Prior to this, he spent 15 years as a hedge fund analyst at top Manhattan firms, including Moore Capital Management, Scopus Asset Management and Highline Capital Management.

WorldHotels expanded its leadership team with the appointment of Gregory Habeeb as president, North America. Additionally, Melissa Gan has been promoted to managing director, APAC, rounding out a team that continues to be supported by Roland Jegge, president, APAC. By strengthening its team of professionals, WorldHotels will continue to drive global growth and improve revenue delivery to its hotels.

In his new role, Habeeb will be responsible for growing the WorldHotels brand in North America, focusing on the development of the WorldHotels Luxury and Elite Collections. He will also provide strategic oversight for the global hotel development process to ensure consistency of brand messaging and an effective sales approach.

Gan has been promoted to the position of managing director, APAC. In her new and expanded role, Gan will oversee the day-to-day operations for WorldHotels in the APAC region, with a particular focus on member performance and revenue management.

Jegge, who has been with WorldHotels for the past 23 years, will continue to serve as president, APAC. He remains primarily responsible for hotel development, complemented by a broader role as brand ambassador in the region.

Sonesta International Hotels Corporation has promoted Maureen Fleetwood as regional director of operations for Sonesta ES Suites. In this role, Fleetwood will be responsible for delivering portfolio results that contribute to the overall mission and success of the company. She will help develop and implement strategic initiatives and processes for compliance of policies and procedures at the hotel level. Fleetwood will collaborate with the various corporate departments to communicate, execute and reinforce the daily operational activities that must occur at each of her 10 hotels to meet guest and owner expectations.

Hotelbeds has hired León Herce as global sales director in a newly created role, leading the sales of Hotelbeds’ full portfolio of products including accommodation, transfers, car hire, tickets and excursions via the wholesale, retail travel agents, airlines and B2B2C business lines (including the Bedsonline and Hotelopia brands).

In addition to his role as sales director, Herce will become a member of the company’s executive committee. Previously, Herce spent more than 15 years at travel technology company Amadeus, most recently as global head of the retail business.

Mag Mile Capital has hired Robert Scarantino as SVP of originations, Ross Groedel as an analyst for the underwriting team, and Julia Pratt as marketing and operations coordinator. Scarantino will join the firm’s East Coast team, while Groedel and Pratt will be based at the firm’s headquarter office in Chicago.

Scarantino has more than 30 years of experience in investment banking, capital markets, financing and technology. Based in New Jersey, Scarantino will arrange financing for hotel, retail, office, self-storage, industrial and multifamily properties throughout the country on behalf of Mag Mile Capital.

As an analyst, Groedel is responsible for underwriting and packaging client transactions for lender review, as well as evaluating new investment opportunities. He previously interned with real estate investors, including The Ratkovich Company in Los Angeles, The John Buck Company in Chicago, and Brack Capital in Tel Aviv, Israel.

Pratt’s prior experience includes working for Xerox in sales and marketing and for an event management company. Pratt’s primary responsibilities in this new role will include working with the firm’s public relations contact on communications to clients and prospects, maintaining and updating the firm’s CRM system, negotiating with vendors, conferences and various stakeholders, and updating marketing collateral for the firm.