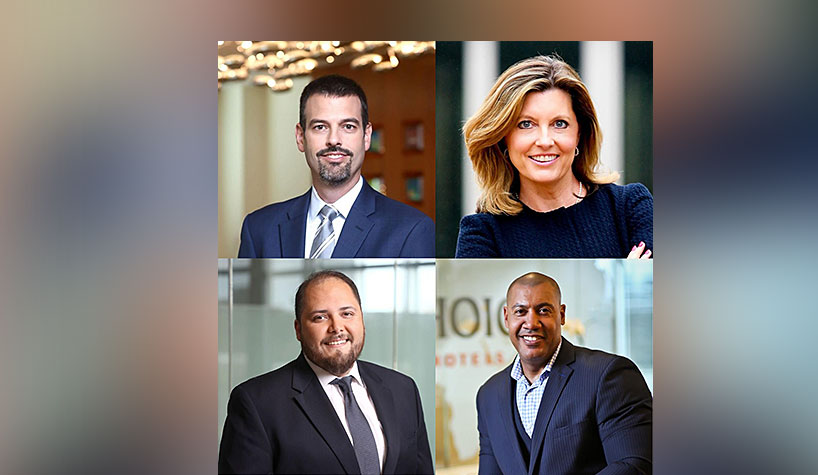 ROCKVILLE, MD—Choice Hotels International Inc. has promoted four of its employees into leadership roles to advance the company’s corporate priorities and drive growth.

Scott Oaksmith has been promoted to SVP of real estate and finance. In this role, he leads several strategic areas of the company, including real estate investment and asset management, as well as the company’s treasury operations.

Oaksmith works closely with the company’s franchise development and brand teams to accelerate the growth trajectory of the company’s brands through strategically deploying capital in the form of hotel development, joint venture investing and lending programs with a focus on major markets and sought-after destinations where guests want to travel.

As part of his new role, he assumes oversight of Choice’s business intelligence group, where he oversees the company’s data analytics initiatives and promotes a culture of data informed decision-making. Since joining Choice in 2002, Oaksmith has held numerous positions within the company, including controller, as well as SVP of finance and chief accounting officer.

Raul Ramirez has been promoted to SVP, head of international and strategic & financial planning. He assumes leadership for all aspects of Choice’s international division, including building the overall strategic direction and expansion of the company’s international operations, which spans more than 40 countries and territories.

Prior to this promotion, Ramirez served as SVP of international strategic planning and global head of financial planning and analysis, where he led the finance, corporate development and business planning of the international organization.

Across her 13-year tenure at Choice, Redmond has been instrumental in the company’s success through leading enterprise-wide process reengineering efforts, implementing new complex accounting standards and improving internal control structures and procedures, the company reports.

She joined the company in 2007 and has held various key roles in the finance department, most recently serving as VP of financial reporting and accounting.

The company awarded—and financially supported—34 franchise agreements with minority and veteran entrepreneurs through this program last year. Lancaster will also lead the company’s reinstitution of an owners’ council specifically intended to represent and provide continued support and advocacy for these unrepresented hoteliers.