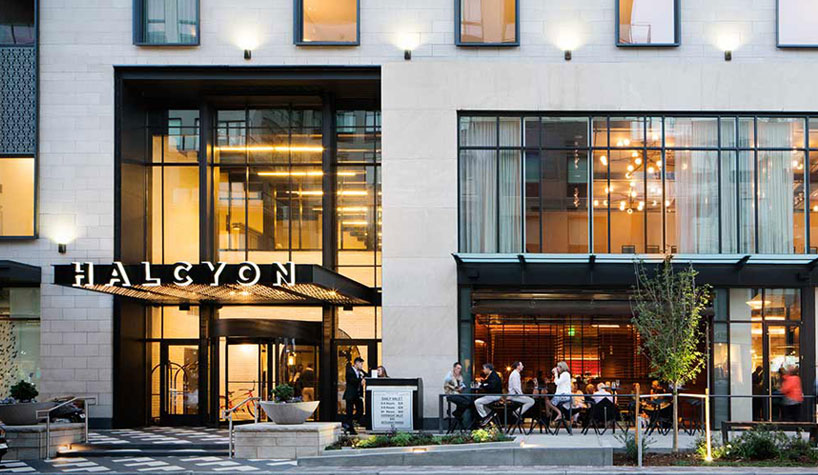 Halcyon, a Hotel in Cherry Creek

Glenmont Acquires Downtown Cleveland Hotel
Glenmont Capital Management has acquired the Radisson Hotel Cleveland-Gateway. The 143-key hotel will initially operate under the InterContinental Hotels Group system under the name Hotel Cleveland Gateway, and will undergo a comprehensive $7-million renovation, including guestrooms, meeting space and public areas. Upon completion, the hotel will be rebranded and repositioned as a Hotel Indigo, an upper-upscale branded boutique within the IHG system.

Cambridge Landmark Expands Portfolio with Acquisition of Former Sheraton Philadelphia
Cambridge Landmark has closed on the acquisition of the former Sheraton Downtown Philadelphia, a 757-room full-service hotel located in Center City two blocks from the Pennsylvania Convention Center. The hotel currently operates as the Philadelphia 201 Hotel under the Marriott reservation system. With the closing of this transaction, a new franchise agreement has been signed with Marriott International for the property to regain the Sheraton brand upon completion of a $28-million renovation focused on upgrading the rooms, creating new suites, enhancing the lobby and meeting space, and adding a new Sheraton Club Lounge.