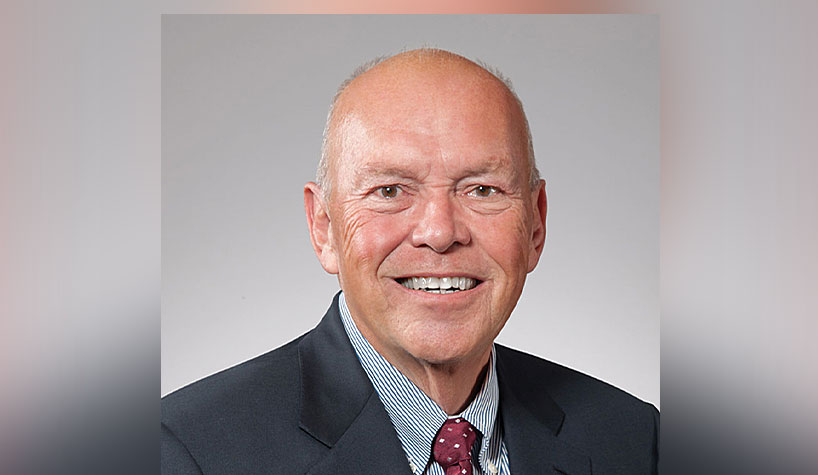 The current challenges confronting the hotel industry are unprecedented.

My career has spanned many crises—including the Financial Crisis of 2008, the years post-9/11 and the bursting of the dotcom bubble—stretching all the way back to the S & L crisis of the early 1990s.

But this crisis is different—and more serious—because the impact of COVID-19 is not just economic, but societal.

We can better understand the depth of the impact, and how to position the industry coming out of it, by not just getting inside the numbers—but also understanding how the pandemic has dramatically reshaped the fabric of the communities in which we live and work.

We are all aware of the human toll. Millions of our hotel industry colleagues have been furloughed or let go permanently since March. According to AHLA, four out of every 10 hotel workers were unemployed as of mid-September.

The economic hardship for individuals and families is staggering, and cannot be overstated. It will take years of determined effort, unified commitment—and sustained economic growth—to repair the financial, emotional and familial dislocations caused by the pandemic and economic shutdowns.

Taking a broader economic view, it remains to be seen how the unprecedented shocks to cash flow, RevPAR and operating profits will impact hotel businesses. On the one hand, it’s been gratifying to see, so far, how many hotels have been able to continue operating by matching cost reductions to daily operating needs. On the other hand, some of the smartest observers believe the second shoe has yet to drop.

What happens when government-supplied liquidity dries up and owners and lenders are forced to confront the realities of the balance sheet?

These are questions we’ll all have to face, and they will shape industry dynamics and conversation throughout 2021 and beyond.

With all that, I firmly believe that if you have not focused on the devastating community-wide impact of COVID, you’ve missed the most important piece of the story.

A study commissioned by the Chaplin School of Hospitality and Tourism at FIU this past summer found that direct and indirect losses to the hotel and restaurant industries in Southern Florida in a six-month period (March through August) amounted to a staggering $3.36 billion. That’s just in Southern Florida. And it represents not just the impact to hospitality businesses, but economic fallout to those in adjacent or even non-adjacent areas which experienced direct or indirect losses as a result of the hardships to hotels and restaurants.

For example, the study found that hotels and restaurants in Miami-Dade reduced spending by more than $660 million on raw materials, supplies and other purchases that drive operations. Much of these revenues would have gone to local businesses or manufacturers.

It revealed losses of more than $650 million as a result of the “ripple effect” (“multiplier effect”) of reduced worker incomes or, in other words, of reduced spending in the local economy.

The aftershocks are widespread. When the local librarian has less money to spend because his wife has been laid off from her job at a local hotel, it’s felt at the Starbucks where he buys his coffee in the morning, at the deli where he gets lunch and at the local gym where he used to exercise after work.

Pretty soon, the librarian is laid off. Perhaps the library closes, a victim of local shortfalls resulting from more than $50 million in local hotel taxes not collected as a result of the shutdown or severe impairment of hospitality operations in Miami-Dade.

When the library closes, after school and early childhood education programming is lost—and the ripple effect throughout the local community reaches its highest ebb.

So the community-wide impacts of hospitality revenue loss are clear. And they are devastating.

But confronting them also provides bedrock principles upon which our industry can be rebuilt better, stronger, more resilient, in the years ahead:

1. We’re not in this alone. While the huge downturn in hospitality impacts a vast network of societal stakeholders, those same stakeholders are our natural allies for rebuilding.

Once it’s made clear how the loss of vacationers to Miami-Dade, and other geographies, impacts local businesses, those businesses should become clear and vocal supporters of the effort to rebuild local tourism. This is the stuff of broad community alliances and civic engagement. And it falls on us to do the educating. There has never been a more important moment for hospitality leaders to reach out to and engage their colleagues across the community—in business, education, at local non-profit organizations.

It’s time to build a sustainable community platform for travel and tourism that recognizes and celebrates all the benefits it brings to the entire community—and works collaboratively make those benefits real once again.

2. The end is in sight. Two vaccines will shortly receive approval for distribution and others are on the way. These vaccines showed very high effectiveness rates during trials, made possible as a result of new technology for producing vaccines. Not only are they more than 90% effective preventing COVID-19, the use of “messenger RNA” technology to produce vaccines holds the promise that future vaccines against other illnesses will be much more effective than the vaccines we have had before.

Will we see “no new cases” by the end of the second quarter? Perhaps, but whether we eradicate it completely, we will definitely have it well under control.

Hotel leaders need to be on the vanguard of getting ourselves and our associates vaccinated as soon as possible. We need to communicate our confidence in and support of the use of these vaccines to our community and to our guests, and not let the “anti-vaxxers” reduce peoples’ confidence in the science and the medicine.

We can lead, by doing.

3. Time to reinvest. Though it may sound paradoxical, this is not the moment to cut back on spending for tourism development, promotion and marketing.

This is the “ripple effect” in reverse. Every dollar invested in generating hotel demand will have outsized benefits in terms of future local spending, job creation and tax revenue.

This is not just a hope—it is an economic fact.

Now is the moment to make clear to local leaders—as AHLA is doing at the national level—that bringing back travelers and supporting the hotels that serve them is indispensable to the future well-being of society as a whole.

4. You’re not just a hotelier—you’re a key stakeholder in society. We all learn at hotel school that we need to be gracious hosts, take care of our guests, anticipate and exceed their expectations.

It’s time we expand that thinking to include our local communities, and society, as a whole.

It is not an exaggeration to say the future of hotel industry is interwoven with the short-term recovery, and long-term well-being, of our society as a whole.

We are not just industry leaders, we are key players in the future well-being of democratic society and the American way of life.

Now is the time to start thinking and acting like it—and together, we must.

Lessons learned: Strategies for a resilient portfolio It isn’t an understatement to say that the hospitality industry was hit hard by the COVID-19…
Taking off: Industry rebounds at a better-than-expected pace When 2021 began, there was a seemingly endless number of questions surrounding the hospitality industry and…
ESA eyes future with new-build GIBSONTON, FL—For the first time in more than 12 years, Extended Stay America (ESA) opened a…
Stay Open hopes to change, better the idea of pods LOS ANGELES—The founders of Stay Open, which bills itself as a “Sleep as a Service” platform,…