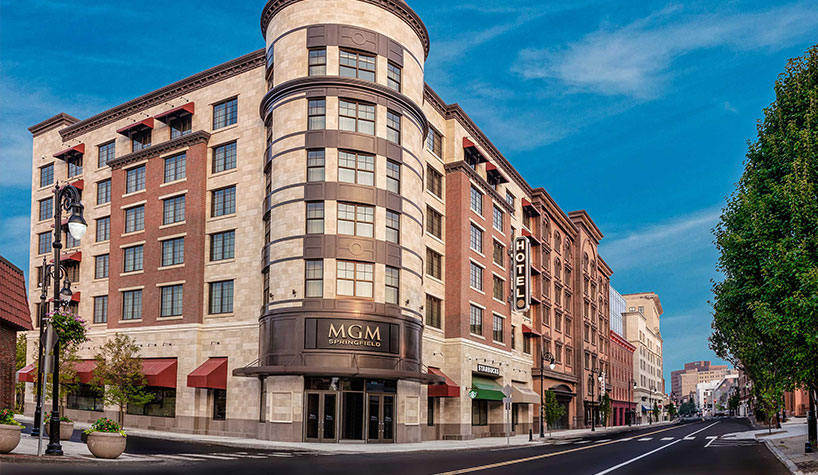 NATIONAL REPORT—Built from the ground up, MGM Springfield has made its debut. Here’s a look at new-build projects across the U.S.

“Travelers seeking authentic, local experiences are rediscovering small cities across the U.S. that fuse small-town charm with the allure of big-city culture,” said Jim Murren, chairman and CEO of MGM Resorts. “With a 375-year legacy as a major crossroads of New England, Springfield is poised to join the likes of such hidden gems with the development of MGM Springfield leading a fresh wave of rediscovery in The City of Firsts.”

Inspired to drive curiosity in local heritage for a new wave of locals and visitors, MGM Springfield’s design team incorporated architectural landmarks and hundreds of locally sourced vintage treasures into the resort. From recasting the former hotel to Presidents Polk and Buchanan into a sophisticated steakhouse to restoring a 19th century arsenal and a High Gothic-style church, the development thoughtfully merges new building with historic architecture, with a resulting aesthetic that is distinctly Springfield.

My Place Hotels of America broke ground on the second My Place Hotel in Michigan, which is a three-story, 64-unit property at 48881 Alpha Dr. As the newest addition to West Detroit’s active I-96 corridor, the My Place Hotel in Wixom is expected to open early 2019. The new hotel is independently owned by Wixom Hotel Partners LLC and operated by Legacy Management LLC.

Maxx Builders, a commercial construction firm, adds Holiday Inn Express to its list of hospitality projects. A Holiday Inn Express will be located on I-45 and TX 130 on the intersection of Town Center Dr. and Hilltop Commercial Dr. in Plugerville, TX. It will be four stories with 86 guestrooms, a pool, meeting rooms, a fitness center, a business center and breakfast and lounge space.