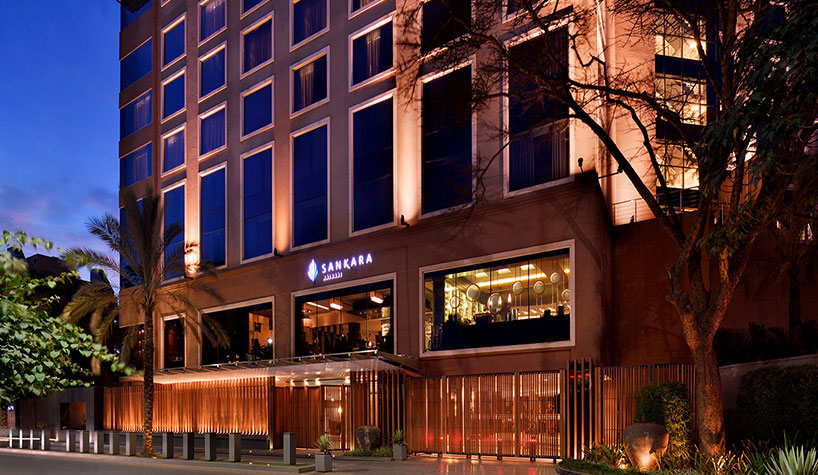 BETHESDA, MD—Autograph Collection Hotels, Marriott International’s portfolio of more than 170 independent hotels and resorts, revealed plans to add 17 distinctive properties to its global portfolio across North America, Europe and Africa by the end of July.

“With rapid growth from five hotels to nearly 170 since its launch in 2010, Autograph Collection Hotels is truly a pioneer in the independent hotel space, acting as a gateway to extraordinary and unconventional hotel experiences around the world,” said Jennifer Connell, VP of brand management and marketing, Autograph Collection Hotels. “We’re delighted to welcome these distinctive new hotels to our curated collection, bringing remarkable new experiences to consumers in additional locations around the globe.”

Named after its original tenant, Sinclair Oil Company, and a monument to American industry and progress, The Sinclair, located in Fort Worth, TX, was originally designed by Wiley G. Clarkson and built by Harry B. Friedman in 1930. As one of Fort Worth’s examples of Art Deco architecture, the 164-room hotel—which will include a two-story penthouse suite with downtown views—will embrace a refined yet rugged style when it opens, expected in late July.

Also slated for opening in July, The Drake Oak Brook Hotel is a 154-room, four-story landmark hotel sitting on 10 acres in Oak Brook, IL, adjacent to the Butler National Golf Course and Oak Brook Polo Club. Built in 1961, the hotel enjoyed celebrity status for decades, playing host to guests ranging from actor Rock Hudson to Prince Charles of Wales. Following a multimillion-dollar renovation, the hotel will offer a blend of old-world glamour and modern appeal in a tranquil environment.

Listed on the National Register of Historic Places, The Notary Hotel in Philadelphia is also set to open in July following a $23-million transformation that will recapture the grandeur of its 1926 origins.

Additional expected U.S. openings will include The Current Hotel in Tampa, FL; Envue in Weehawken, NJ; and The MC Hotel in Montclair, NJ.

Expected to join the Autograph Collection Hotels in July and situated in the Moselle region of Germany, Schloss Lieser resides in a castle originally built in 1885. Linked to pivotal moments in both German and Dutch history, previous owners include Clemens Freiherr von Schorlemer-Lieser, a wealthy politician who was related to the Dutch Royal Family. Over the centuries, politicians regularly gathered at the castle to discuss the future of Germany. In 2007, the castle was transformed into the independent boutique hotel it is now.

Academia of Athens, with design inspired by Greek philosopher Plato, and Aegon Mykonos, a beach resort with spa and private beach club, are slated to join the brand’s growing Greek portfolio which currently includes two exclusive hotels—Domes Noruz Chania and Domes of Elounda.

Autograph Collection Hotels’ first hotel in Kenya, Sankara Nairobi, which opened earlier this month, is a contemporary urban experience in the capital city. With 168 refreshed rooms and suites and authentic experiences unique to the locale, including a local sandstone turndown amenity, immersive rotating African art installations, crafted Kenyan coffee creations and more, this hotel aims to help travelers discover Nairobi on a profoundly personal level, serving as artisans for an immersion into its hometown for guests.

In the first quarter of 2019, Autograph Collection Hotels introduced three new hotels, including the following:

Paying homage to the theatrical glamour of the nearby Paris Opera building, guests of the Hotel Bank Opera are met by burgundy curtains, inspired by those of the grand main stage and giving warmth to the lobby. Guests stand in the center of the lobby and look upwards to a large central skylight that beams in natural light and the surrounding first-floor balconies, which, like small private opera boxes, invite them to walk upstairs to continue enjoying the spectacle.

The Oaklander Hotel is a bespoke building where Pittsburgh’s industrial past intersects with its cutting-edge future, offering loving signature touches immersed in the locale.