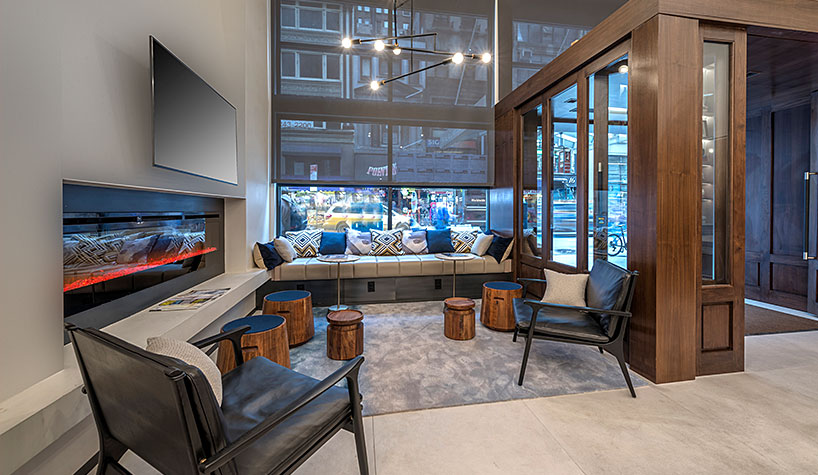 NATIONAL REPORT—Ascott has made its debut in the U.S., while Hyatt has opened its first property in Ocean City, MD, and there’s more.

In the lobby of the property, formerly known as Hotel Central Fifth Avenue New York, have use of a large shared community table and seating area where they can interact and exchange travel ideas with fellow visitors. At the 24-hour grab and go gourmet deli corner, guests can enjoy daily complimentary continental breakfast.

Quarterly, the hotel will partner with a local food and beverage outpost to showcase their products, as well as engage guests and locals through a pop-up experience bringing an aspect of New York City to guests’ fingertips. Additionally, the front desk attendants, simply known as “Connectors,” will be able to offer insider tips, local hotspots, eatery favorites and off the beaten track recommendations.

The property will offer a variety of guestroom types ranging from premier rooms with king or double beds to one-bedroom suites that come with a separate living area.

The hotel is a joint venture owned by PRBR Hospitality Group LLC and operated by TKo Hospitality Management and is located oceanfront directly on the Ocean City Boardwalk. All 105 guestrooms include a private balcony.

Hart Hotels and The Krog Group have opened the Chautauqua Harbor Hotel, a $38-million luxury property on the shores of Lake Chautauqua in Celoron, NY.

The opening of the 135-room hotel coincides with the debut of the National Comedy Center in nearby Jamestown, NY. The newest addition to Buffalo, NY-based Hart Hotels’ Harbor Hotel Collection, the project is one of the largest private-sector-fueled, tourism-based developments to take place in Chautauqua County and received partial funding from several New York State economic development agencies.

Open year-round and located on the former nine-acre site of the Celoron Amusement Park, Chautauqua Harbor Hotel includes luxury guest rooms and suites, many featuring balconies and lake views, dining at Lake House Tap & Grille, indoor and outdoor pools, and a fitness center. The hotel’s Pier Ballroom and Conference Center offers 10,000 sq. ft. accommodating up to 350 guests for corporate meetings and social events. A lakeside Carousel Bar, paying tribute to the grand carousels of yesteryear, is connected by footbridge to Sunset Island, for wedding ceremonies, private receptions and performances.

Strand Hospitality Services is expanding further into Florida, with its third hotel in the state—the Fairfield Inn & Suites Crestview. The company has an active Sunshine State pipeline, with projects either under construction or in development in the greater Pensacola, Tampa, Orlando, Melbourne and Jacksonville area markets.