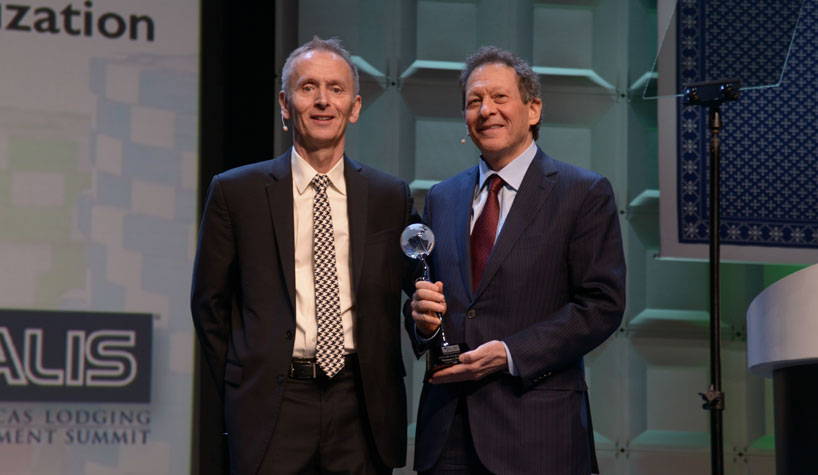 LOS ANGELES—Americas Lodging Investment Summit (ALIS) this month honored executives and companies responsible for influential deals in 2017 with ALIS awards. Conference leaders handed out the awards during the ALIS conference. Nominees for the awards were evaluated based on business performance in various industry sectors. Additionally, leaders gave out the ALIS Lifetime Achievement Award.

In the category of Development of the Year (Select/Limited Service) 2017 , the winner was the Moxy Times Square in New York. The 612-room Moxy Times Square was developed by a partnership between Lightstone and Marriott International for $350 million and is managed by Magna Hospitality Group.

In the category of Single Asset Transaction of the Year ($25 Million and Under) 2017, the winner was The Stiles Hotel in Miami Beach, FL. Blue Road purchased the 57-room boutique hotel from Carlyle Group for $17.5 million.

In the category of Single Asset Transaction of the Year (More Than $25 Million) 2017, the winner was The Ritz-Carlton Bacara, Santa Barbara in Goleta, CA. A joint venture between Carey Watermark Investors Inc. and Carey Watermark Investors 2 Inc. (collectively “CWI”) acquired the 358-room The Bacara Resort & Spa (converted to The Ritz-Carlton Bacara, Santa Barbara) from Pacific Hospitality Group for $380 million.

In the category of Merger & Acquisition of the Year 2017, the winner was RLJ Lodging Trust, which acquired FelCor Lodging Trust in an all-stock transaction that equated to approximately $2.7 billion.

In the category of Jack A. Shaffer Financial Advisor of the Year 2017, the winner was Daniel C. Peek Sr. Managing Director—head of the Global Hospitality Group, HFF.