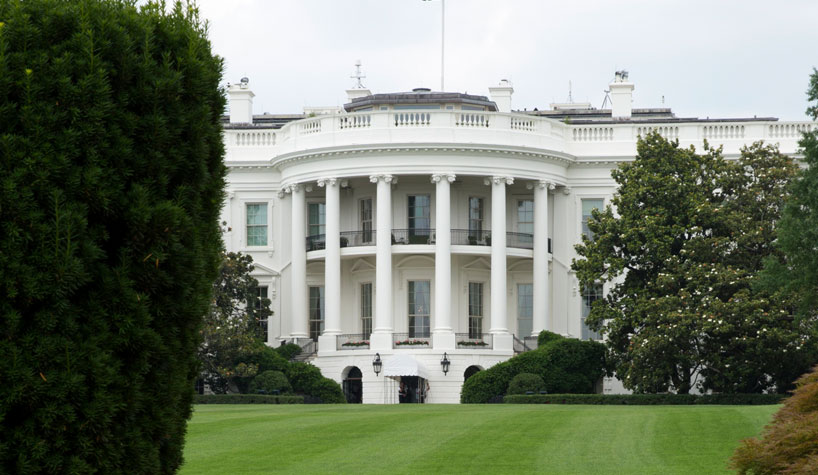 WASHINGTON—During a media call regarding a meeting with President Trump, Vice President Pence and members of the Cabinet, American Hotel & Lodging Association (AHLA) President and CEO Chip Rogers discussed the economic impact on the hotel industry, its employees and the U.S. economy of the COVID-19 pandemic, and what was asked of the federal government to provide relief to employees and small business owners.

Also on the call was U.S. Travel Association (USTA) President/CEO Roger Dow; Jon Bortz, chairman, president and CEO of Pebblebrook Hotel Trust, and chair of the board of AHLA; and Doug Dreher, president & CEO of The Hotel Group.

“Today, we met with the White House including the president, vice president and members of the Cabinet to discuss the impact of the coronavirus pandemic on the millions of hard-working employees and tens of thousands small-business owners who operate our hotels,” said Rogers in his opening statement. “As it continues to be unknown how long this public health situation will last, the coronavirus has already had a more-severe impact on our industry than 9/11 and the 2008 recession combined.”

He continued, “61% of our hotels are small-business operators and franchise owners. Many, in fact, are mom-and-pop, family-run operations. From major cities to Main Street USA, 33,000 small-business hotels across the country are facing the difficult decision right now whether to close their doors and lay off millions of people within the next few days. Not weeks, not months, but days.”

He noted that hotel occupancy has fallen to staggering levels not seen before, where somewhere around 140 million rooms or more could be empty in the next 30 days, and that nearly four million jobs could be lost this year. He also said that the current projection is of a yearlong occupancy rate of about 30%, which equates to $180 billion in wages and a $300 billion hit to the national GDP.

“Given these unprecedented circumstances, the urgent steps we have recommended for the White House and Congress are more important today than ever,” Rogers said, concluding his opening statement. “Our small-business hoteliers need critical relief so that they can continue to stay open and employ hardworking Americans.”

Solutions that were discussed at the White House include retaining and rehiring employees and keeping hotels from shutting down through access to direct grants and low-interest loans, including for small businesses.

Bortz pointed out that his company has 54 hotels in its portfolio with more than 13,000 rooms and 8,000-plus employees, adding, “Our hotels are in most of the hardest hit cities—Seattle, San Francisco, Washington, New York, Boston, Chicago and more. As we have seen occupancy drop to the single digits, we’ve had to make difficult decisions to let go over 4,000 employees—half of our total employees—by the end of the month. With further declines in occupancy, we expect another 2,000 employees will also be let go, representing over three-quarters of our employees. We’re looking at closing the doors at more than half of our properties. Today, we asked the White House to take immediate action, providing solutions focused on protecting millions of jobs by providing relief to our small-business operators and franchise owners.”

Dow then pointed out that the significant loss of jobs will take the economy from 3.35% unemployment to 26.3% unemployment.

“We have time in the future to talk about recovery, but right now it’s important to keep these people working and keep these businesses operating all across the travel industry,” he said. “It’s going to take several hundred billion dollars from a lodging standpoint. Sounds like a big number, but contrast that with what can be lost and what’s at stake with the U.S. economy, these are necessary numbers.”

Dregher, whose company has a number of hotels in one of the hardest hit areas of the country, sounded choked up as he spoke.

“It’s really bad out here, and it’s been right from the beginning. We have six hotels in the Seattle area. We’ve gone from 80% occupancy to single digits,” he said. “Today, we will be suspending the operations of one of our Hilton-branded hotels, a third of our workforce will be let go. It is for us the Great Depression. We tried to get ahead of it. We’re working with lenders, but we need help in every possible way. It breaks your heart.”

When asked about the president’s reaction to everything that was discussed, Rogers said, “The president understands the severity of the problem. Part of the message we were there to deliver today is that unlike some of the other really challenging times in our history and in our industry’s history, this has happened at a pace like we’ve never seen before. You go back to three weeks ago, most of the industry was looking around and happy to see record-high occupancy rates, record-high employment rates. In a matter of three weeks, we are now faced with the reality that half the hotels in the United States may close during this year, and that the occupancy rate has dropped to somewhere between 30-35% for the entire year. You’re looking at job losses in the four-million range just from our industry alone.”

He continued, “The president fully understands that, and he’s aware of the ripple effect of those many people out of work. It’s devastating to the economy, and that is just for the hotel industry. He was very receptive to that, and the vice president was as well. I think their message is we need to get past the health crisis as quickly as possible, but simultaneously understanding the financial crisis that is at our doorstep.”

Industry Leaders Weigh In
Several of the industry’s leading CEOs commented on the meeting at the White House, as well as the toll the COVID-19 pandemic is taking on the hotel business.

Best Western Hotels & Resorts President/CEO David Kong said, “For nearly 75 years, Best Western has been a brand with small family businesses at our core. Most of our hotels are owned and operated by hardworking men and women with their children growing up in the business. For them, their hotels represent their families’ legacy and their future. Many are being forced to close their doors with no assurance of when they will be able to reopen. Their employees are left with no gainful employment and the resultant financial hardship. It is imperative that the government step in immediately with loan programs that provide capital and liquidity to help small businesses survive, as well as other employment programs to help the impacted employees. The situation is dire.”

Choice Hotels International President/CEO Pat Pacious said, “The majority of our 13,000 franchisees are small-business hotel owners who have to meet payroll, pay their mortgages every month and support their families during this crisis—as well as take care of their guests. As I told the administration today, while Choice Hotels is acting to assist our franchisees, the federal government has a critical role to play in helping minimize the impact and disruption to the livelihoods of small-business hotel owners and their employees, as well as stabilizing the economy during this difficult and unprecedented time.”

Hilton President/CEO Chris Nassetta said, “In Hilton’s 100-year history, we have never seen anything like the current situation. I am hearing directly from hotel employees concerned about their mortgage payments and hotel owners worried about making payroll. Nearly 80% of the hotels in our U.S. network are franchise properties that employ less than 50 people, and we are using every tool in our toolkit to keep these small businesses viable. Ours is an industry of people serving people, and that’s why we’re asking Congress and the administration to help shield them from the economic impact of the coronavirus, so they can be part of the recovery that will follow.”

Hyatt President/CEO Mark Hoplamazian said, “In our industry, success depends entirely on the passion and dedication of our people. It is critical that we take swift action to ensure that our workforce is protected with the proper healthcare and financial support so that the industry can return in full force following this unprecedented degree of business interruption.”

IHG (InterContinental Hotels Group) CEO of the Americas Elie Maalouf said, “The coronavirus represents a global economic emergency as well as a global health emergency, and the impact it will have on the hospitality industry is unprecedented. Even as we’re currently managing this issue to keep our guests and colleagues safe, and hotel owners secure, we’re committed to doing everything we can to protect the future of the millions of Americans employed by the hotel industry and prepare to expedite a return to normal once this crisis passes. We appreciate the administration’s engagement in this issue and look forward to continuing this important discussion in the weeks ahead.”

Marriott International President/CEO Arne Sorenson said, “The COVID-19 pandemic has resulted in an unprecedented decline in demand impacting our hotels and our associates. We are looking to government to support the hospitality industry through this period of time so we can assist our associates and hotel owners, many of whom are small businesses.”

MGM Resorts International Chairman/CEO James Murren said, “Within days we have transformed from a vibrant industry welcoming people from around the world, to one experiencing a total shutdown of business. Addressing this public health emergency required major collective action, which is why MGM shut down our operations. But it comes at a cost to our tens of thousands of employees, small businesses and communities who depended on us. We look forward to a productive dialogue on how to ensure that when it is safe, the gaming industry can be in a position to open our doors so that we and the two million jobs that depend on it can be part of the economic recovery that is to come.”