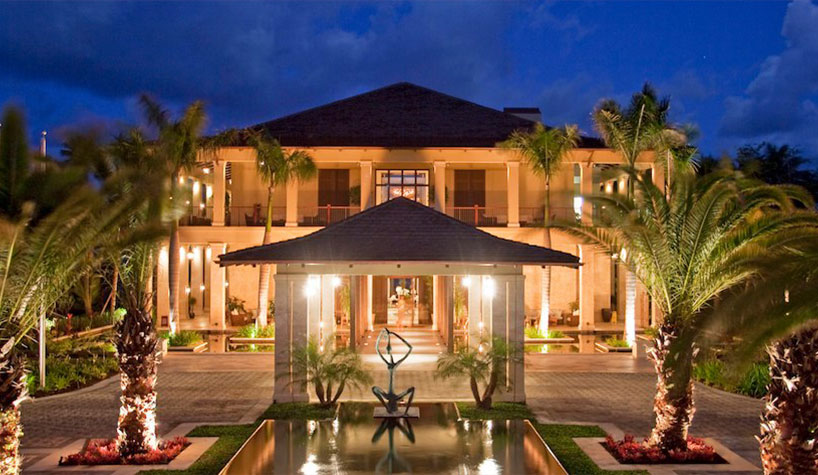 The St. Regis Bahia Beach Resort is one of the resorts set to reopen in Puerto Rico.

INTERNATIONAL REPORT—Hoteliers are undergoing a gradual process of getting back to business in the South as Tropical Depression Florence departs, leaving damage and severe flooding in its wake. Elsewhere, Puerto Rico marks the one-year anniversary of Hurricane Maria with a campaign to share the positive, and a resort in Anguilla reopens after Hurricane Irma.

“We have two hotels in Wilmington, NC—a Homewood Suites (at Mayfaire) and a Suburban Extended Stay hotel on Eastwood Rd.—both hotels have survived the storm reasonably well. We had a core group of team members stay at each hotel during the storm. Both hotels were close to fully occupied throughout with a mix of guests who had evacuated coastal areas, first responders and disaster recovery crews,” said Bob Barnett, COO of The Generation Companies.

“Both hotels lost power beginning Thursday night. The power came back on overnight last night. We have had some water damage in a number of rooms, and believe we’ve lost some siding and possibly roof shingles, in addition to an exterior sign. Our teams will be doing a full assessment today in conjunction with our disaster recovery partner ACT. It has been a marathon, but the teams at both hotels and the vast majority of guests are in good spirits. We’re very proud of the work our staff did in taking care of these guests in difficult circumstances.”

Some hotels in the evacuation zone were fortunate not to sustain any damage. Kiawah Island Golf Resort was on the southeast edge of the storm. “As a result, we are very fortunate that we experienced no negative effects from the storm—no infrastructure damage, no power outages, no beach erosion and no flooding,” said Kiawah Island Golf Resort President Roger Warren. “We closed the resort last Wednesday in compliance with the governor of South Carolina’s evacuation order, but we spent yesterday (Sunday) preparing the resort to reopen. We are fully open and operational today, and the resort, including The Sanctuary Hotel, is welcoming guests and taking reservations. Meanwhile, our thoughts and prayers go out to our neighbors just north of us on both sides of the North Carolina-South Carolina border.”

After the one-year anniversary of Hurricane Maria, Puerto Rico is slowly making positive strides. Discover Puerto Rico launched a new initiative to underscore the progress Puerto Rico’s tourism industry has made since the hurricane. As the one-year mark approaches and old imagery resurfaces in the news and in social media, local tourism and community members are rallying audiences everywhere, including news media, to #CoverTheProgress and share real-time island imagery and the many milestones that have led the island in its comeback story.

“Six months after Hurricane Maria hit, more than 50% of travelers said media coverage negatively impacted their view of Puerto Rico as a destination and we’re hoping to change that as the one-year anniversary approaches. Puerto Rico declared itself open for tourism in late December, and the local tourism industry has worked very hard for the past year to come back strong. There’s a lot to celebrate and we don’t want the one-year anniversary to set us back,” said Brad Dean, CEO of Discover Puerto Rico. “While there’s still progress to be made in some areas of the island, we’re asking for the vibrancy of Puerto Rico as a tourism destination to also be shared and for the milestones the local industry and communities worked hard to achieve to be celebrated. We’re taking this moment to encourage all audiences to help us spotlight our tourism recovery and invite travelers to visit us as tourism is a vital contributor to the economy.”

The investment in new hotel development equates to $1.9 billion, which adds another 2,900 jobs locally.

In Anguilla, Malliouhana, an Auberge Resorts Collection, is set to re-open on Dec. 15. After the passing of Hurricane Irma in 2017, the property has been fully restored and updated to welcome guests.

Nearly a year in the works, each of the 46 oceanfront rooms has been brought back to life and new additions have been made, including an expanded pool area, new beachfront bar, a new restaurant experience and a transformation of the Sunset Bar.

On the horizon in early 2019, Malliouhana will unveil 11 new beachfront suites, four garden suites and a two-bedroom beachfront villa, along with a completely new Auberge Spa and gathering spaces.

Some Big-Box Hotels Are Embracing Independence EDEN PRAIRIE, MN—Historically, large hotels with hundreds of rooms and thousands of square feet of meeting…
ESA Reports Some Positives for Q2 CHARLOTTE, NC—In an earnings season that has seen a lot of negatives, Extended Stay America Inc.…
Brand CEOs Are Ready to Get Back to Business NATIONAL REPORT—The CEO Check-In Panel, a yearly highlight of the NYU International Hospitality Industry Investment Conference,…
IHG: 60% of Guests Will Travel Better After COVID People are more mindful than ever about traveling consciously following the COVID-19 pandemic, according to a…