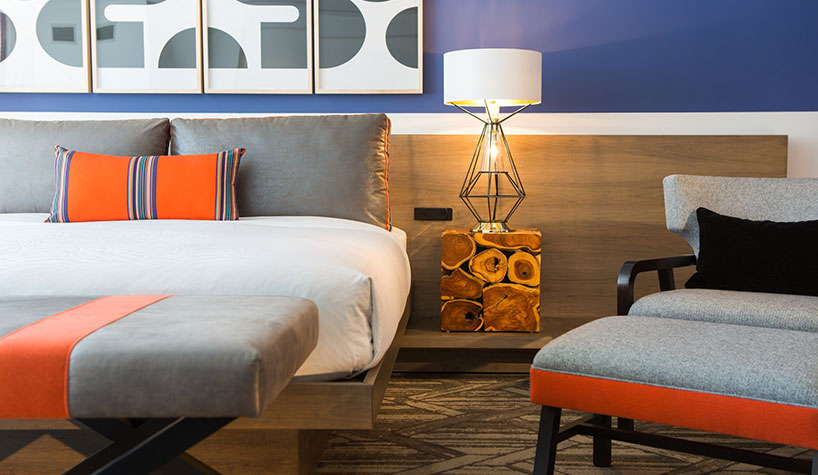 BETHESDA, MD—Coming off its acquisition of LaSalle Hotel Properties in November 2018, Pebblebrook Hotel Trust saw a “transformational year” as it became the largest owner of lifestyle-oriented hotels and resorts in the country.

“Since the closing of the LaSalle acquisition on Nov. 30, 2018, we have made tremendous progress integrating the legacy LaSalle hotels into our portfolio, as well as all of the former LaSalle employees who have joined our team,” said Jon E. Bortz, chairman, president and CEO of Pebblebrook Hotel Trust.

“We are excited about the many substantive opportunities within the new, larger Pebblebrook portfolio and believe our portfolio-wide initiatives and our comprehensive best practices program, which have been enhanced and augmented with the addition of the LaSalle team, will generate significant benefits for the combined portfolio,” said Bortz. “We remain confident that the previously announced $18 million to $20 million of annualized corporate synergies and expense savings will be realized, although they will be partially offset, as previously discussed, by an estimated $10 million of additional real estate tax expenses due to California’s Proposition 13. Finally, we continue to make great progress executing on our strategic disposition program, most recently with our sales of the Liaison Capitol Hill and Hotel Palomar Washington, DC.”

On Feb. 14, the company announced the sale of the 343-room Liaison Capitol Hill for $111 million. The sales price reflects a 16.9x EBITDA multiple and a 4.9% net operating capitalization rate (after an assumed annual capital reserve of 4% percent of total hotel revenues) based on the hotel’s operating performance for 2018.

On Feb. 25, the company announced the sale of the 335-room Hotel Palomar Washington, DC for $141.5 million. The sales price reflects a 14.9x EBITDA multiple and a 5.9% net operating capitalization rate (after an assumed annual capital reserve of 4% percent of total hotel revenues) based on the hotel’s operating performance for 2018.

To date, these two hotels, as well as the previous fourth quarter 2018 sales of Gild Hall, New York, Embassy Suites Philadelphia Center City and The Grand Hotel Minneapolis, comprise $388.3 million of total sales proceeds. These sales proceeds have been used to reduce the Company’s total outstanding debt, and the company estimates its total net debt to trailing 12-month corporate EBITDA will be approximately 4.7 times by the end of the first quarter of 2019.

“We are extremely pleased with the success we’ve had in executing our strategic disposition plan and expect to make significant additional progress on our plan in 2019, particularly in the next four to six months, by taking advantage of the attractive private market values of our real estate, which are at a significant premium to our current public market valuation,” said Thomas C. Fisher, CFO of Pebblebrook Hotel Trust.

Net income: The company’s net income was $13.4 million for the year ended December 31, 2018, a decrease of $86.9 million as compared to 2017. The decline is primarily due to the one-time transaction costs associated with the acquisition of LaSalle Hotel Properties.

“The strongest markets of the year for us included Naples, FL, and Key West, FL, both of which continue to recover from the negative impact of Hurricane Irma in 2017,” said Bortz. “We also experienced gains in the Philadelphia market due to strength in conventions and overall business and leisure demand and also in Atlanta Buckhead, where our new leadership team drove strong performance. While the overall San Francisco market had a great year, we chose to undertake and complete renovations at Sir Francis Drake and Hotel Zelos San Francisco in order to take advantage of 2019, which is expected to be an even stronger year in San Francisco as we see an incredibly favorable convention calendar following the Moscone Convention Center renovation, combined with strong business and leisure hotel demand and limited supply growth. We expect RevPAR at our 12 hotels in San Francisco to grow between 9-11% on average in 2019.”

Pebblebrook and Monarch acquire properties Properties are changing hands across the country, from the Florida Keys to the Twin Cities. Pebblebrook…
$500M-plus in transactions including Sunstone, Pebblebrook, more… The hospitality transaction market has been busy in the last week as more than $500 million…
Pebblebrook sees improvement at urban hotels in Q3 Pebblebrook Hotel Trust for the third quarter ended Sept. 30 reported same-property RevPAR of $142.48, ADR…
Pebblebrook completes purchase of Inn at Fifth; more transactions Deals for CGI, Dalata and Sonnenblick-Eichner