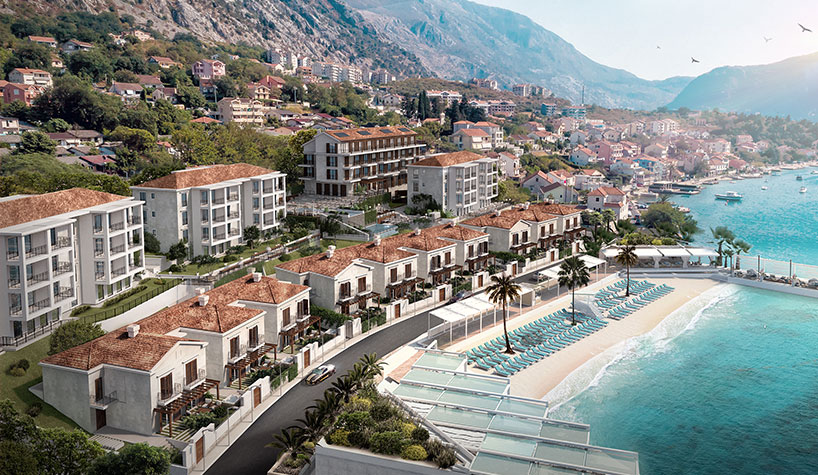 INTERNATIONAL REPORT—From Montenegro to Bulgaria to the Dominican Republic, Hotel Business has been tracking international properties that have opened or are in the works.

Karisma Hotels & Resorts has revealed the opening of Allure Palazzi Kotor Bay Hotel by Karisma in June. Built in Montenegro’s Dobrota, the beachfront property sits on Kotor Bay’s only private beach. The resort has 89 guestrooms, 10 villas with private beachfront access and three penthouse suites, each with a balcony or terrace. There’s also a spa, gym and two outdoor pools. In addition, the resort is near Kotor Old Town, where guests can explore historic Roman and Gothic buildings, local shops and bay views. The hotel is also proximate to the Tivat Airport.

InterContinental Hotels & Resorts has opened the InterContinental Sofia, an IHG hotel to Bulgaria. This marks the brand’s debut in Bulgaria, but seventh opening in eastern Europe. Accommodations include 194 rooms, 27 club rooms and 37 suites. Elsewhere, there’s a dedicated meetings floor, which can accommodate up to 240 guests. In the city center, there is access to attractions including Bulgaria’s Parliament building, the Tsar Liberator Monument and St. Alexander Nevski Catherdral. The hotel is also proximate to the city’s financial area.

Mandarin Oriental to Open in Oman

Mandarin Oriental Hotel Group will manage a new resort and branded residences in Muscat, the capital of Oman, slated to open in 2021. Mandarin Oriental, Muscat will have 150 guestrooms and suites, five restaurants and bars, a spa and an outdoor swimming pool. In addition, a variety of banqueting and meeting spaces will accommodate social and business events.

Michès—a preserved town located on the northeast coast of the Dominican Republic—will play host to the company’s newest endeavor, Club Med Michès. The all-inclusive resort will be Club Med’s first 5-Trident (five-star) resort to open in the Americas, joining Club Med’s Exclusive Collection. The resort is scheduled to open December 2019 and will be the first operating resort in the soon-to-be-developed region.

The fourth brand from Hoshino Resorts—OMO—has launched its second property, the 125-room OMO5 Tokyo Otsuka. It is close to Otsuka Station, as well as the nightlife scene, bars and restaurants. The 125 guestrooms are designed in the style of a yagura, a type of traditional Japanese wooden tower. Set on a traditional tatami mat floor, a small Japanese cypress staircase that is modeled after the Edo period design leads up to the loft-style bedroom area. In addition, the bathroom includes a Japanese-style soaking tub.

Sheraton Bamako Hotel has opened in Mali, West Africa, the outcome of a collaboration with Koira Holding Group. Located proximate to Bamako’s Modibo Keïta International Airport, there is access to the city center, major embassies, corporate offices, government buildings, as well as cultural and tourist attractions.

The 200 guestrooms have views of the Niger river, while 27 Sheraton Club rooms and 32 suites offer access to the Sheraton Club Lounge, a private space with complimentary breakfast, drinks and snacks during the day. There are also four dining options, a 24-hour fitness center, spa, outdoor pool, and meeting and event space.