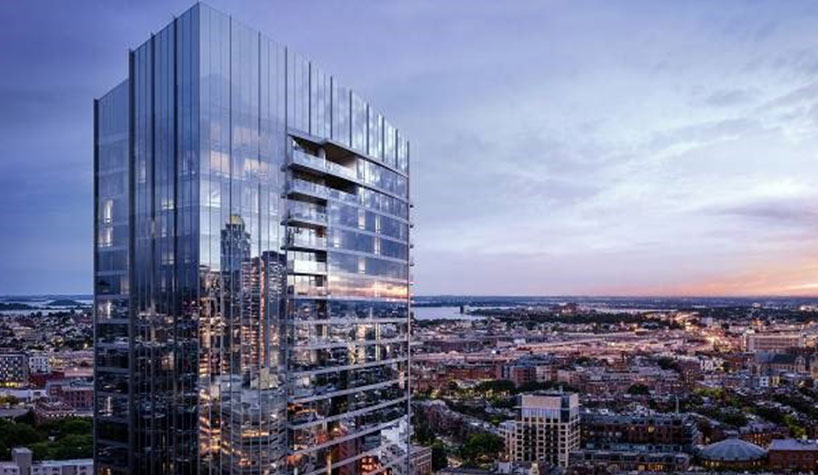 Kevin Frid, COO of AccorHotels North & Central America, said, “As the only Raffles property on the continent, the hotel will bring to North America the unparalleled standards of excellence for which the Raffles brand is celebrated.”

Joining a collection of 12 Raffles properties around the world, the project will include 147 guestrooms and 146 branded residences in a new 33-story building.

Hotel highlights include a mix of signature Raffles hotel services, a two-story sky lobby high above Copley Square, five food and beverage venues, a Raffles Spa with an indoor pool, a garden terrace and lounge, and meeting space.

Raffles Boston Back Bay Residences will include a collection of pied-a-terre suites, one- to three-bedroom homes and penthouses, with a variety of intimate residents-only gathering places and exclusive offerings.

For more than 130 years, Raffles Hotels & Resorts has celebrated the individual personalities and stories of its hotels, each featuring a design aesthetic that embraces and reflects the culture of the destination and community in which it resides, according to the company. The building will have an exterior designed by Boston-based The Architectural Team Inc., hotel interiors fashioned by Stonehill Taylor and residential interiors created by Rockwell Group.

The project’s developer, Trinity Stuart LLC, is a partnership of hoteliers Gary and Jeff Saunders, individually; principals of Saunders Hotel Group, which has a history of owning and operating hotels in Boston’s Back Bay; and developer Jordan Warshaw, principal of The Noannet Group, a Boston-based development firm that specializes in architecturally distinctive buildings.