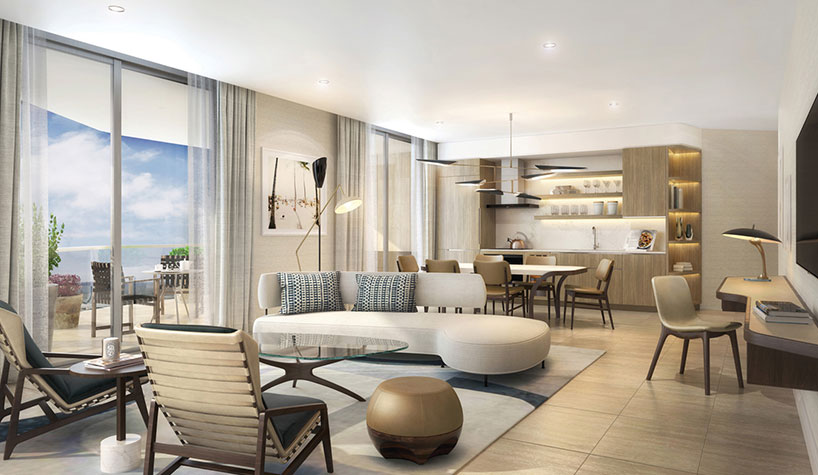 NATIONAL REPORT—From new-builds to comprehensive renovation projects, the Florida market is white hot. Take a look at what’s new in the Sunshine State:

Positioned along the Atlantic Ocean and the beaches of Fort Lauderdale, Four Seasons Hotel and Private Residences Fort Lauderdale, developed by Fort Partners, has broken ground. The development will include 90 private residences and 130 guestrooms.

The 22-story oceanfront property will combine luxury and the brand’s signature service for visitors and residents alike. The hotel rooms will reside on the fourth through the 11th floors and the private residences begin on the fifth floor.

The Cordish Companies and Eldorado Resorts Inc. entered into a new 50-50 joint venture partnership that will master plan, design and develop a new mixed-use entertainment and hospitality destination in Pompano, FL.

The development will complement and encompass the site of the existing Isle Casino Racing Pompano Park and bring new upscale retail, dining and entertainment to South Florida. The 223-acre development will include a corporate office campus, residential and a hotel.

Located 35 miles north of Miami and less than 10 miles north of Fort Lauderdale, the project site is serviced by the region’s major airports and accessed off I-95 at W. Atlantic Blvd.

Suffolk in a joint venture with Yates, celebrated the topping off of the new pool tower at the Seminole Hard Rock Hotel & Casino Hollywood.

The completion of the pool tower marks a significant milestone in the extensive expansion and renovation of the property. The pool tower is a seven-story hotel that features swim-out units on the first level with sliding glass doors that open from the room into a private pool area.

The overall Seminole Hard Rock Hotel & Casino Hollywood expansion and renovation plan consists of 13 individual projects, including doubling the existing casino space; the creation of the guitar-shaped tower; and the reconstruction of the Hard Rock Live venue.

The Dalmar to Open This Summer

In Fort Lauderdale, The Dalmar, a new-build lifestyle hotel owned and developed by DoveHill Capital Management and operated by Wurzak Hotel Group, is set to debut at the end of this summer.

In Miami Beach, the Cadillac Hotel & Beach Club will open this summer after a multimillion-dollar renovation.

Among the property highlights, there are 357 guestrooms, as well as two distinct dining outlets, two pools—adults-only and family pool—and beachside service. Drawing inspiration from the glamour and sophistication of the 1940s European Riviera, interior design firm Bill Rooney Studio is creating a re-imagined modern resort with a preserved Art Deco aesthetic.