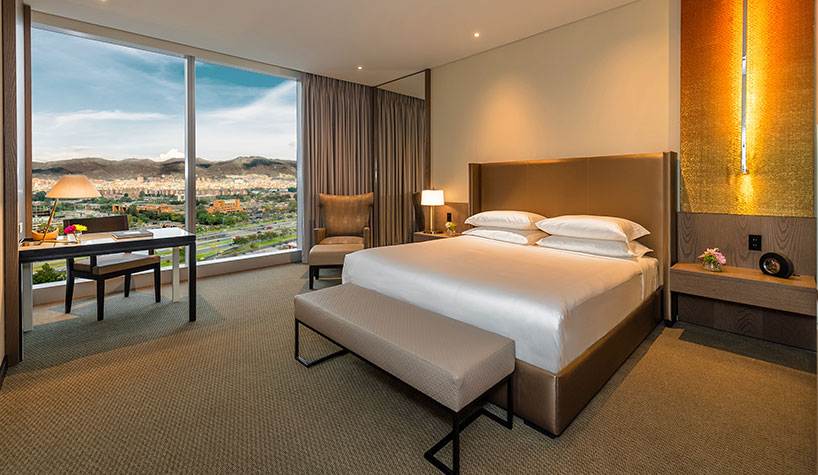 INTERNATIONAL OPENINGS—Brands are entering new markets abroad. With properties debuting in Colombia and Australia plus an opening in Germany, here’s more on the new projects:

Hyatt Hotels Corporation has revealed the opening of Grand Hyatt Bogota, marking the first Hyatt hotel in the Colombian capital and the first Grand Hyatt branded hotel in the country. The property has 372 guestrooms including 50 suites. Located in Ciudad Empresarial Sarmiento Angulo commercial district, the hotel is close to the Corferias and Ágora Bogotá convention centers and the Gran Estación Mall, El Dorado International Airport and Bolívar Square.

St. Regis Hotels & Resorts has signed The St. Regis Melbourne, marking the first hotel in Australia for the brand. Owned by Century Group Aus, this new-build is slated to open in 2022 and will be located in Melbourne. The hotel will have 168 guestrooms and suites.

Located in the mixed-use precinct 33-story Flinders Bank, the new St. Regis Melbourne will be in the city’s Central Business District. Guests will also be close to Collins St., known for its historic Victorian architecture, boutiques and high-end retailers, as well as the Melbourne Convention and Exhibition Centre.

In addition, the hotel will have a restaurant and bar, fitness and wellness center, an indoor swimming pool and event space.

Hyatt House Frankfurt/City Goetheplatz will have 180 guestrooms including 86 residentially inspired upscale rooms, both one-bedroom suites and studio king guestrooms, that will have fully equipped kitchens, living rooms and bedrooms as well as 94 upscale den guestrooms.