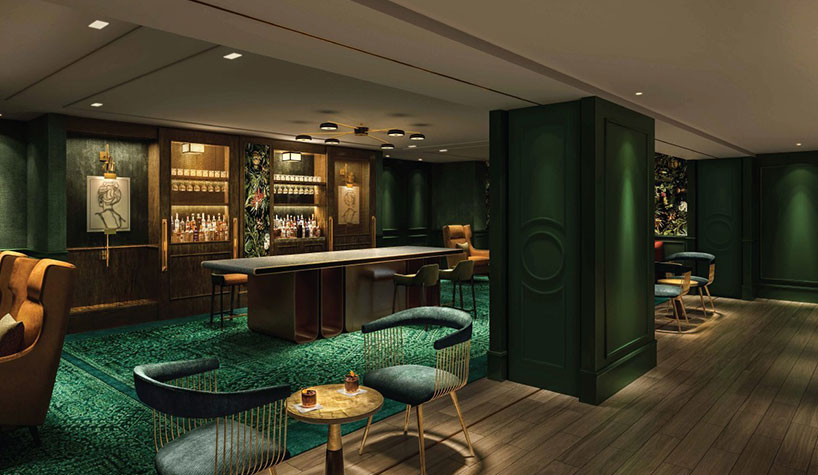 INTERNATIONAL REPORT—Hotel developments are shaping up in major cities here and overseas. Here’s a look at the projects underway:

Viceroy Hotels & Resorts tapped EDG Interior Architecture + Design to concept the hotel’s design. There’s a revamped restaurant and bar that will feature a glass enclosure around the patio for guests to enjoy year-round, in addition to a rooftop bar and pool. The hotel will also have 5,000 sq. ft. of newly renovated meeting and event space, including a 1,695-sq.-ft. ballroom.

Conceptualized by architecture and design firm CUBE3 Architects, when open, the boutique hotel will be the centerpiece of a mixed-use development that includes office space and private residences, transforming a full city block into a communal gathering place for hotel guests and locals alike.

The property will have upscale, all-suite accommodations with separate living and sleeping areas and fully equipped kitchens. The hotel will have an indoor pool, fitness center, outdoor patio, meeting space and a gaming/entertainment room. Johnson Braund has been chosen as the architect for the property and Absher Construction for pre-construction services. This property will be located in the heart of downtown Bellevue close to Seattle’s city center.

With the population of greater Cairo expected to double in the next few decades, the government in Egypt has plans to build the New Administrative Capital. Almasa Royal Palace, which the owner has operated for the past two years, is located adjacent to a 42,000-sq.-ft. convention center that hosts official government conventions and events, as well as official foreign presidents’ visits.

The hotel consists of 270 rooms, 90 suites, 60 apartments and 14 villas. Other facilities include outdoor and indoor swimming pools, a gym, spa, club house and 20 food and beverage outlets. Through a phased approach, areas across the hotel will undergo a refresh while remaining open to guests.

City of Raleigh Issues RFI for 500+ Room Convention Hotel
The City of Raleigh has released a request for information (RFI) for an upper-upscale, full-service convention hotel and a separate office/mixed-use building on two city-owned, vacant lots in downtown Raleigh, NC. The goal of the RFI is to seek interested developers for the hotel and office/mixed-use sites. The City of Raleigh contracted with Jones Lang LaSalle IP Inc. (JLL) to complete the RFI as the first step in the process to ultimately seek a partner to develop the Fayetteville St. sites.

The sites are located across from the Raleigh Convention Center and Duke Energy Center for the Performing Arts. The timing of the RFI also coincides with the interior updates planned for the center in 2020-2021. The need for a 400+ room, full-service convention hotel was validated by two recent studies completed. Following submission of proposals from development teams, JLL and staff will review the proposals and recommend to Raleigh City Council the next steps which are expected to include a more specific Request for Proposals (RFP) process from the selected developer finalist. The submission and review process is expected to take until late spring/early summer to complete.