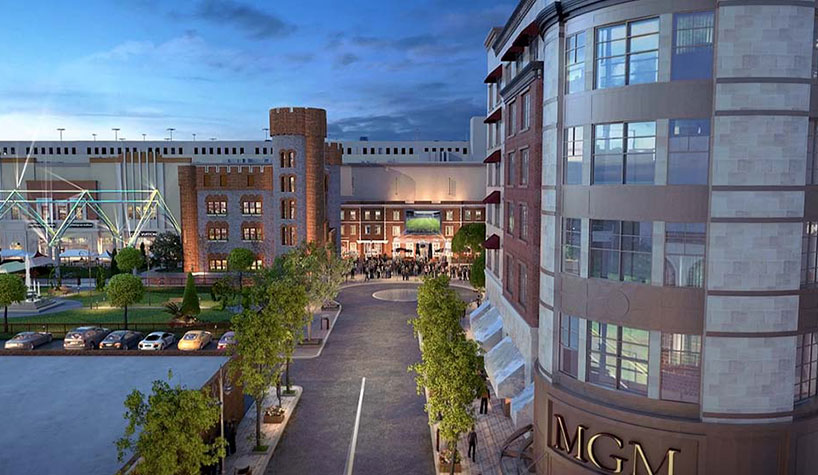 “A testament to a decade of collaboration between the City of Springfield and MGM Resorts, MGM Springfield will pay tribute to the city’s legacy and celebrate its bright future, while introducing a stellar array of hospitality and entertainment experiences that will attract guests from New England and beyond,” said Michael Mathis, president of MGM Springfield. “We are incredibly proud to debut what we believe will become the region’s premier entertainment destination and play a role in an exciting renaissance for Springfield.”

MGM Springfield will commemorate the city’s history through the preservation and reimagination of its storied buildings. Locals and tourists can experience venues such as the First Spiritualist Church, Springfield Armory and Chandler Union Hotel—where Presidents Polk and Buchanan both stayed—in an entirely new way.

The boutique-style five-story hotel will have 250 eclectic guestrooms inspired by the locale. Each space is punctuated by details such as quotations from the works of Emily Dickinson and whimsical Merriam-Webster-inspired works of art.

The hotel’s entertainment venue is an 8,000-seat MassMutual Center, serving as the home for large-scale conventions and events. In addition, MGM Resorts will leverage its pipeline of global relationships to attract first-rate events.