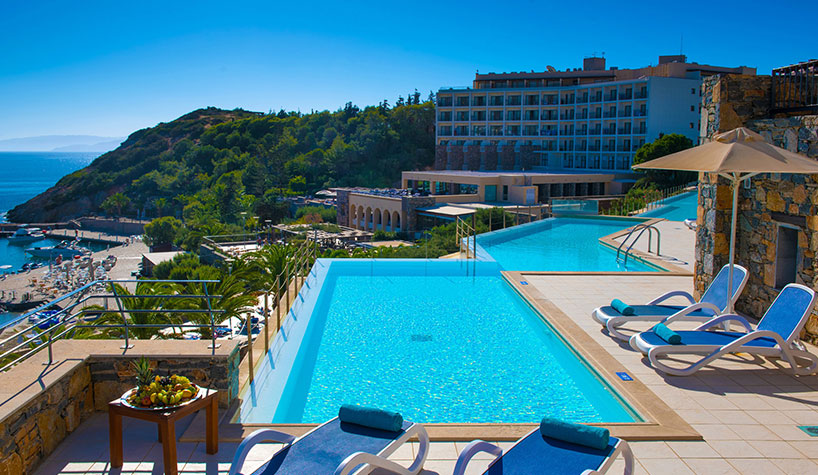 Two of the new hotels—located in Cam Ranh, Vietnam, and Mexico City—will be managed by Wyndham Hotels & Resorts’ growing management company, adding to the more than 400 hotels operated by the company globally and expanding its upscale managed capabilities into new countries.

The new hotels will join the brand’s 39 existing locations including Istanbul; Chicago; Shanghai; and Manama, where the first Wyndham Grand in Bahrain, also managed by Wyndham Hotels & Resorts, opened in 2017.

“Travelers are seeking out new destinations and crossing borders more than ever before; in the last two decades alone, the number of international travelers around the world has more than doubled to nearly 1.3 billion,” said Bob Loewen, COO for Wyndham Hotels & Resorts. “We’re strategically expanding Wyndham Grand’s presence around the world in the destinations travelers so eagerly want to explore, whether it’s the shores of Greek Isles, a unique pocket of culture in Southern California, the centuries-old historic capital of Georgia or wherever their bucket list takes them.”

In addition to the hotels planned for 2019, the brand’s pipeline comprises approximately 25 hotels including new destinations in St. Kitts and Nevis, Barbados, Belize and a new dual-branded Wyndham Grand and Tryp by Wyndham hotel in Miami.

Westminster California, U.S.
Slated to be part of a multi-use development, Wyndham Grand in Westminster will be the brand’s first hotel in California. The hotel will offer 144 guestrooms—making it the largest and only full-service hotel in Westminster, according to the company—in addition to flexible meeting and event space and a full-service restaurant. Steps away from Westminster’s Little Saigon Tourist Commercial District on Bolsa Ave., the hotel empowers travelers to explore the hub of Vietnamese dining and culture in the largest Vietnamese community outside of Vietnam.

Wyndham Grand Mexico City La Condesa, Mexico
The 400-room Wyndham Grand Mexico City La Condesa is the first Wyndham Grand in Mexico. The hotel is situated within the unique Roma-Condesa neighborhood boasting more than 1,500 buildings classified as architectural heritage—including the hotel itself, which will conserve the original architecture while applying contemporary interior design and modern amenities including unique dining and flexible meeting space.

Mexico welcomed nearly 40 million travelers in 2017, a record number of visitors and a nearly 12% increase from the prior year.

Wyndham Grand Kayseri, Turkey
Opened in mid-January, Wyndham Grand Kayseri has 205 guestrooms and eight meeting rooms, accommodating up to 1,185 people. The hotel also offers traditional Turkish cuisine in its Kale Roof restaurant, complemented by drinks in the lobby lounge or on-site City Pub. Guests also have access to a fitness center and a spa with a sauna, steam bath and pool.

The hotel is the fifth Wyndham Grand in Turkey and the first in Kayseri, a city with a strong commercial draw for business travelers and a popular ski destination. The hotel is situated near the 60,000-acre Sultan Sazligi National Park which houses more than 300 species of birds.

Wyndham Grand Tbilisi, Georgia
Wyndham Grand Tbilisi, in the heart of Georgia’s capital, is expected to open during the summer and will be managed by McInerney Hospitality International Georgia. The hotel will be located centrally on Freedom Square, adjacent to the National Museum of Georgia and close to a host of other attractions. Set across eight floors, the hotel has been designed by renowned Georgian architect Paata Jgarkava and will include 161 stylish guestrooms and suites.

Tourism is one of the largest economic sectors in the country, with eight million travelers expected to visit Georgia this year. Wyndham Grand Tbilisi is the latest addition to the company’s overall footprint in Georgia, including Ramada Encore Tbilisi, which opened earlier this year, as well as Wyndham Batumi. Wyndham Hotels & Resorts plans to add four more hotels in Georgia over the next three years.

Wyndham Grand Mirabello will offer 311 guestrooms, more than 6,000 sq. ft. of meeting space, five restaurants and bars and a variety of leisure facilities spread across two of the region’s most popular beaches for sunning, swimming and boating.

Greece has seen the largest increase in visitor numbers of any European destination in this decade, expecting to total a record 32 million foreign travelers in 2018. The addition to Wyndham Grand Crete Mirabello Bay expands on Wyndham’s partnership with Zeus International, a consulting, hotel management and development services company in Greece. The companies are also partnering to bring the first upscale Wyndham-branded hotel to Cyprus, Wyndham Nicosia, and have an ongoing partnership to develop 20 hotels over 10 years across Greece, Cyprus, Italy and the Balkans.