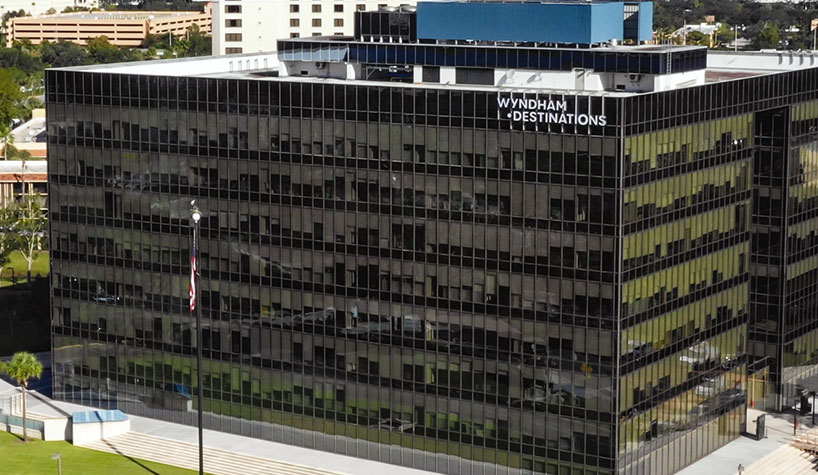 ORLANDO, FL—During a Q2 earnings call, Michael D. Brown, president/CEO of Wyndham Destinations, noted that the company had performed well during the reopening phase, but there was a decline in consumer sentiment following the spike in COVID-19 cases.

“Our resorts and sales operations were, for all intents and purposes, closed in April and May,” he said. “The reopening phase began at the end of May and progressed throughout June, and we ended the second quarter with 85% of our U.S. resorts and 56% of our sales locations reopened. Similar reopening timelines were seen by RCI and its developer affiliates.

“The second quarter highlighted the strength and resiliency of our business model, and although the majority of our resorts were closed for much of the quarter, we delivered $343 million of revenue and produced positive free cash flow and EBITDA,” he added.

Wyndham Destinations used the last few months as an opportunity to accelerate some of its investments and strategic initiatives. For instance, it recently launched Panorama, a new parent brand for its exchange and travel business.

Highlights from the quarter include the following:

“With that said, we saw consumer sentiment decline at the end of June, which continued into July,” Brown added. “The spike in new COVID cases has resulted in consumer sentiment retracing back near April lows. This became evident as short-term vacation cancellations increased in June and July.”

For instance, he said, during the peak of the closure period, the company’s reservations cancellations were nearly double the level in 2019. “As we reopened in June, those cancellations began to moderate, but as COVID cases accelerated from around 20,000 cases per day to more than 60,000 in July, cancellations returned to April levels at Wyndham Vacation Clubs and a similar trend emerged at RCI,” he said. “We do not believe the underlying demand for leisure travel declined; however, the short-term willingness to travel diminished and resulted in the pullback we saw in late June and July.”

Brown noted that reopenings in Hawaii, California and New York have all been delayed due to COVID-19. Additionally, he said, “The surge in cases occurred in five key states: Florida, Texas, Arizona, South Carolina and Tennessee. These states represent just under 40% of our annual VOI  sales and the surge has negatively impacted arrivals.”

Another headwind the company is seeing is that, while it is raising credit standards, a higher number of new owner prospects in some of its larger markets fall below the company’s marketing qualification criteria.

“However, there is a silver lining,” he said. “The elements of our business that we control performed well during the reopening phase… Although this pandemic has created unprecedented uncertainty, the green shoots we are seeing in our underlying business are indicative of the stronger business we can expect in the future. Current headwinds are directly tied to COVID and it is a matter of time before consumer sentiment returns to historic levels, resulting in an increase in quantity of owner arrivals and improvement of credit quality for non-owner prospects.”

Looking ahead to the second half of 2020, Brown noted that the company expect tours to be down 60% from the prior year with 80% of this reduction coming from lower margin new owner tours. “We expect Wyndham Vacation Clubs, owner arrivals and Panorama bookings to improve through the fourth quarter but not to 2019 levels,” he said. “We anticipate access in the ABS market when terms are most favorable and we expect our provision to be below 20%, benefitting from the improvements in credit quality we have made this year. Finally, more than 50% our normalized adjusted EBITDA will continue to come from predictable hospitality, net interest income, and membership revenue streams. Against the backdrop of an unprecedented economic environment, our second-quarter performance highlighted the strength and resiliency of our business model and its strong free cash flow generation.”