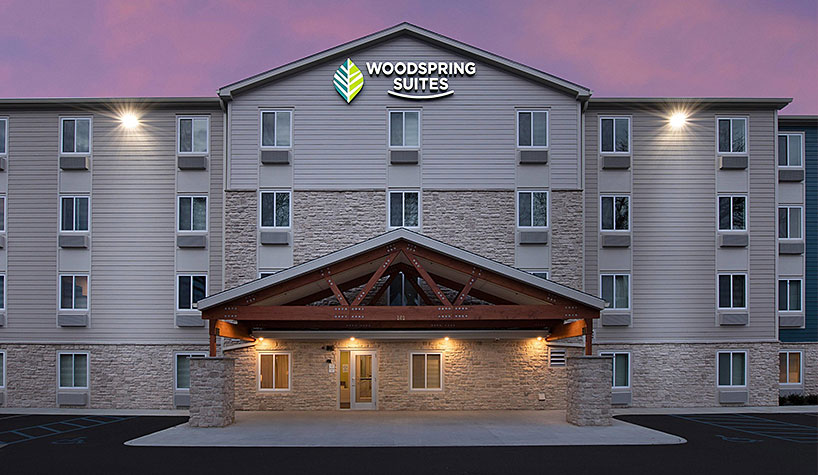 Woodspring Suites reported record growth for the first half of 2018.

ROCKVILLE, MD—Following its acquisition by Choice in February, WoodSpring Suites is on pace to significantly exceed the brand’s previous record for the number of new franchise agreements awarded in a single year.

Through the first half of the year, the brand executed 46 franchise agreements, all but two of which took place after being acquired. WoodSpring now has more than 340 hotels open or in the pipeline.

“Since the acquisition, developer interest in the WoodSpring Suites brand has grown tremendously,” said Ron Burgett, VP of WoodSpring Suites development, Choice Hotels. “With demand continuing to increase for longer-term stays, coupled with the host of resources Choice Hotels provides, the brand is an attractive option for growth-minded owners. The WoodSpring prototype and business model resonates with developers and guests, and we expect to build upon this success with continued development in every region of the country.”

In addition to WoodSpring Suites’ development pace, Choice’s midscale extended-stay hotel brand, MainStay Suites, is also growing rapidly. In the first half of the year, MainStay franchise agreements increased 27% over the same period of 2017.

“Since the WoodSpring acquisition, there has been renewed interest in our entire extended-stay portfolio, including MainStay Suites and Suburban Extended Stay,” said Ralph Thiergart, VP/general manager of extended-stay brands, Choice Hotels. “Our recent growth cements Choice’s position as a leader in extended stay—which remains one of the most sought-after segments for hotel development.”