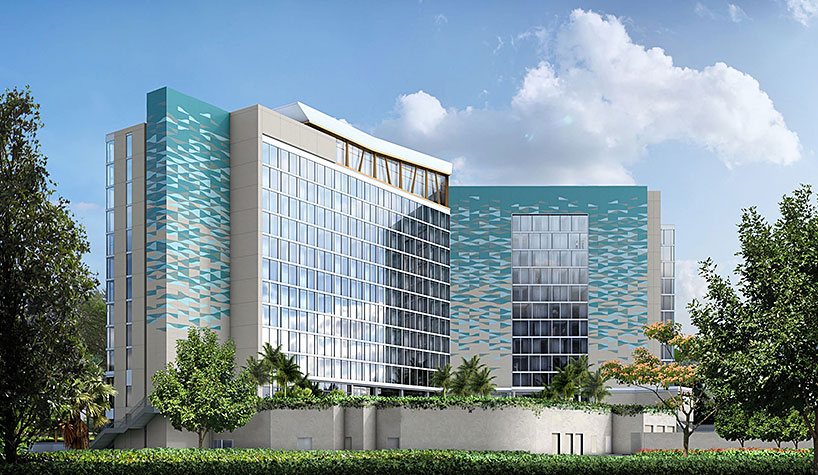 A rendering of The Walt Disney World Swan Reserve

NATIONAL REPORT—Hotels in development in Florida include an additional hotel tower at a Walt Disney World resort, a Radisson hotel in Miami Beach and more.

The Reserve will also offer more than 22,000 sq. ft. of function space, including a top-floor event space with floor-to-ceiling windows providing views of Epcot and Disney’s Hollywood Studios.

The hotel will offer 6,000 sq. ft. of event space with additional outdoor options, as well as several on-site dining options and two bars.

Yet-to-Be-Named Hotel in Panama City, FL
The St. Joe Company and the City of Panama City, FL, have executed a long-term land lease to bring a new hotel and restaurant to Panama City’s downtown waterfront district. Under the terms of the lease, St. Joe will lease a city-owned parcel to develop, construct and operate a waterfront hotel and stand-alone restaurant on a portion of the Panama City Marina property fronting St. Andrews Bay.

Current plans for the project include a five-story, branded hotel on the western portion of the marina property with an adjacent restaurant with outdoor dining, as well as an event lawn. Once complete, the planned hotel and restaurant will be managed by St. Joe Resort Operations LLC. St. Joe intends to announce the brand of the planned hotel at a later date. The company intends to break ground in the second quarter of 2021.