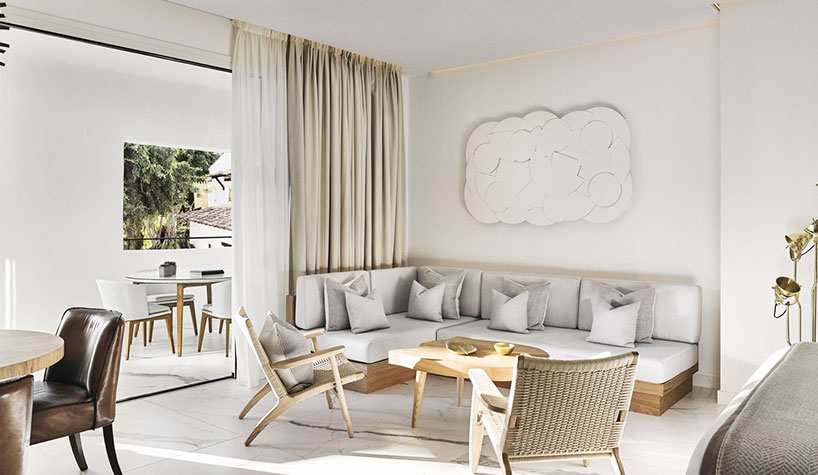 INTERNATIONAL REPORT—Three new properties have joined the global hospitality scene, including a luxe Nobu Hotel in Spain, a Rosewood property in Laos, and Hilton’s return to Morrocco.

Offering luxury design, amenities and VIP access to an exclusive restaurant and nightclub, the 81-guestroom Nobu Hotel Marbella has opened in Marbella, Spain.

Guests can request to be picked up from the airport in a chauffeured Tesla S car, which can be used again during their stay at the courtesy of the hotel. After a check-in, they will be introduced to their open-plan guestroom, complete with smart facilities, rainfall showers and premium mini bars. Rooms overlook the hot spot La Plaza, which comes alive at night.

Rosewood Luang Prabang opens today as an ultra-luxury escape within a hilltop forest in north central Laos. The enclave has 23 guestrooms, villas, suites and tented accommodations surrounding the site’s natural waterfall, a short distance from Luang Prabang, the 14th-century capital of ancient Laos.

Bill Bensley and Bensley Design Studio modeled the property on the concept of a Laotian hill station from the turn of the 20th century, in which a grand and gracious home of a French host would be opened to intrepid adventurers and curious travellers, according to the company.

Hilton will once again be welcoming guests to the Moroccan capital city of Rabat in 2022 after a landmark deal was signed with Wessal Capital. At a ceremony in Dubai, a management agreement was confirmed for a 150-room Hilton Rabat to form part of the city’s Wessal Bouregreg project.

The Wessal Bouregreg master development contains a range of high-end residential, entertainment and cultural attractions on the banks of the river Bouregreg. The property will be proximate a range of new state-of-the-art facilities including a shopping mall, the Zaha Hadid-designed Grand Theatre of Rabat and several new cultural components. The hotel itself will offer a range of F&B outlets, an outdoor swimming pool, spa, salon and ample meeting space.

JW Marriott coming to Spain; more debuts abroad Marriott and Radisson brands are making their debuts in new regions. Here’s a look: Marriott to…
Spain's Byblos Hotel to Be Redeveloped; More Europe Projects INTERNATIONAL REPORT—Hotels in development in Europe include Spain’s former Byblos Hotel being redeveloped as part of…
Oyo Plots Growth in Spain MADRID—Oyo Hotels & Homes has added more than 100 hotels to its chain in Spain in…
Nobu Hospitality to add hotels in Punta Cana, Orlando Properties mark the fifth collaboration with RCD Hotels