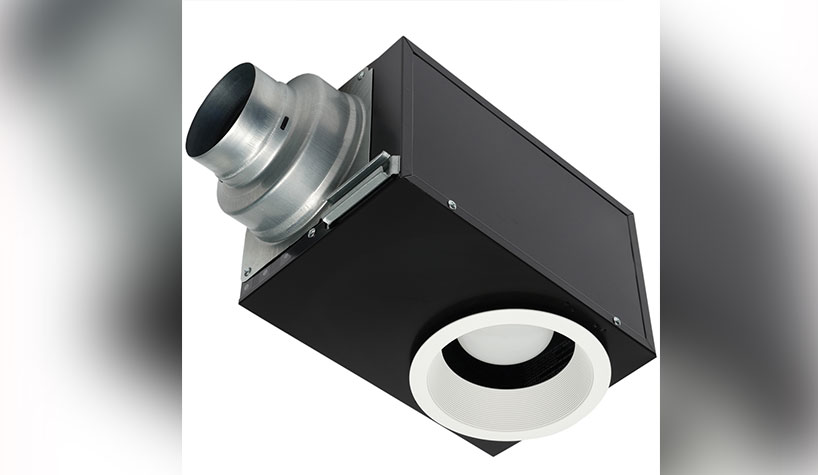 NEWARK, NJ—For an enjoyable night’s stay, the quality of the air coming through the vents and wafting through the interiors is vital. In addition, proper attention paid to the ventilation system can help hoteliers maintain their investment over the long haul.

This was the case for Peter Chiccarine, GM of The Best Western Premier, the Central Hotel in Harrisburg, PA. The hotel team had concerns with the level of moisture left behind in guest bathrooms at the property and enlisted the services of Panasonic Ventilation to resolve any potential issues.

“Many times, the fans are ignored by our guests,” said Chiccarine. “This unit, sensing the moisture in the air, automatically turns on and off to ensure the moisture is fully removed from the air. Additionally, the minimal noise put out by the fan itself is a bonus, as we are genuinely committed to providing our guests with quiet, comfortable guestrooms.”

As a result, Chiccarine said the property hit the mark in terms of guest satisfaction. “We’ve noticed a significant improvement in terms of air quality in the bathrooms, and have all but eliminated negative feedback as it relates to the previous exhaust fans and noise,” he said.

Gary Church-Smith, Northeast IAQ Specialist at Panasonic Ventilation, previously met Chiccarine at a trade show and, at the time, the Best Western property was about to undergo a renovation of its guest bathrooms. The timing was right.

“They were looking for an upgrade to the existing fan that was quiet, energy efficient, cosmetically pleasing and—most of all—moved a proper amount of air cubic feet per minute (CFM) of air to properly ventilate the guestrooms, improve indoor air quality (IAQ) and the guest experience,” said Church-Smith.

It was a demo of the Panasonic WhisperRecessed LED fan light unit that captured Chiccarine’s attention. After visiting several guestrooms and testing the CFM being moved with the existing loud fan via a flow hood bolometer, and determining that they were drastically under preforming for the needs of the guestroom bath—and IAQ in general—the deal was done.

“By changing to the Panasonic WhisperRecessed LED fan light unit, which is rated for tube/shower applications, they could have just one location that both exhausted moisture from the shower and odors from the guest bath, and at the same time provide quality lighting for the bathroom,” said Church-Smith. “This overall package would improve the IAQ in the room; reduce the chance of mold and mildew issues from occurring; and produce a positive guest experience while quietly moving air at an appropriate rate (CFM) to address moisture events and odor in the guest bath.”

To clearly understand the performance, you have to look at the data. Church-Smith explained that by testing the existing fans, he found the CFM as low as 20 and as high as 46 from a fan rated at 80 CFM.

“After the change to Panasonic WhisperRecessed Fan Light, rated at 80 CFM, the air flow was from 78 CFM to 82 CFM. This upgrade provided a much needed improvement in ventilation of moisture and odor, achieved quietly and efficiently,” said Church-Smith.