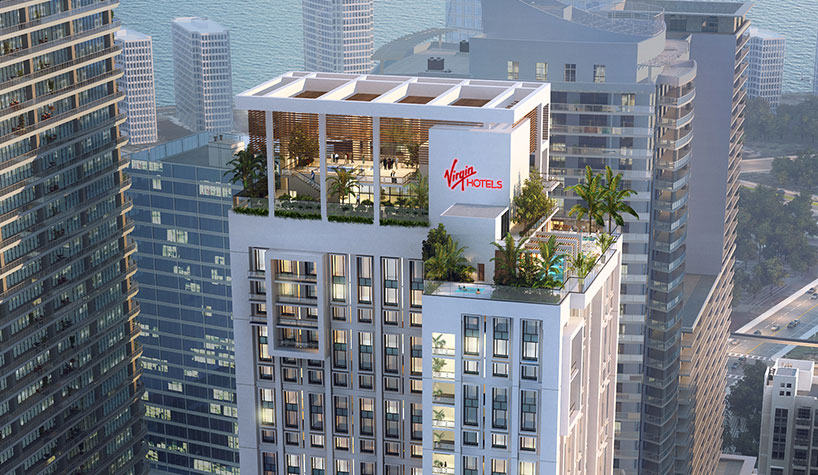 NATIONAL REPORT—What’s on the horizon in the Sunshine State? Florida is seeing hotel activity with these recent developments, including brand entries, themed hotels and residential options:

Virgin Hotels to Move into Miami

Virgin Hotels has plans to open and operate a new hotel in Miami. Virgin Hotels Miami will be managed by Virgin Hotels, developed by Blue Jay Capital with Blur Workshop as the architect, and is slated to open in 2023. In downtown Miami’s Financial District, Virgin Hotels Miami will be close to Brickell City Centre, a $1.05-billion shopping and mixed-use project in development. The 40-story, new-build hotel will have 250 rooms, a spa, more than 15,000 sq. ft. of meeting and event space and multiple dining and drinking outlets. The hotel will also have a rooftop complete with pool, lounge and event space. The hotel is slated to break ground in 2020. The development will also incorporate a residential component operated by Blue Jay Capital with 15 floors of furnished residential spaces consisting of 150 micro units and co-living units.

Legoland Pirate Island Hotel, the first Lego Pirate hotel in North America, is set to open April 17, 2020. The newest on-site accommodation at Legoland Florida Resort will be steps from the entrance to the theme park built for kids. Legoland Pirate Island Hotel will be the resort’s third accommodation and will have 150 rooms (including four suites), a heated pool with pool deck (complete with Lego soft bricks to build in the pool), Lego models, in-room Lego treasure hunts and character experiences. Each room will include two separate spaces, a kid’s sleeping area and an adult area. The five-story hotel will house the pirate-themed Shipwreck Restaurant, Smuggler’s Bar, an entertainment area with kid-friendly nightly programming and Lego play areas.

Lakeland Hospitality Group has topped out a construction milestone of the SpringHill Suites by Marriott in downtown Lakeland, FL. The topping out signifies the completion of the building’s preliminary structural framework with the placement of its final steel beam. The hotel broke ground on Oct. 1, 2018, and is slated to open in mid-April 2020. Upon completion, the five-story hotel will have 126 rooms, 4,000 sq. ft. of meeting space, food and beverage options, an outdoor pool and patio with fire pit, and fitness room. Tomlinson Construction is serving as the project’s development manager, overseeing the build and day-to-day construction efforts provided by general contractor Rodda Construction. McKibbon Places is consulting on the development of the hotel, which will be managed by Tampa, FL-based McKibbon Hospitality.