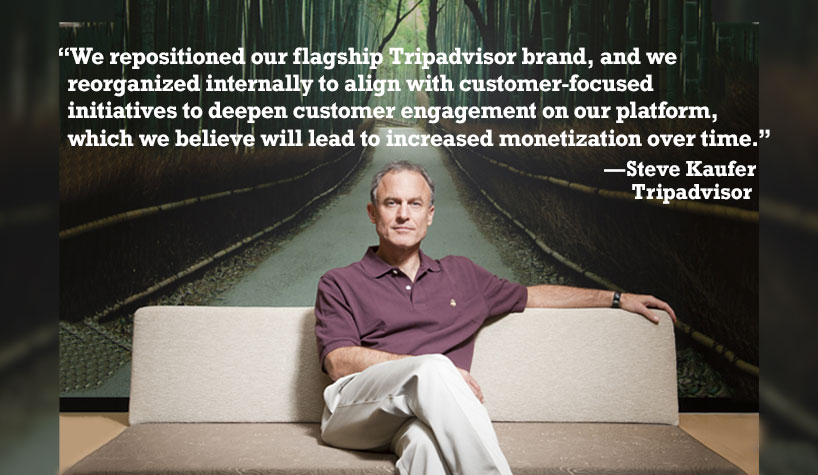 “As previewed last quarter, we have taken action in a number of important areas,” said CEO Steve Kaufer. “We grew revenue outside our hotel auction; we have adjusted our cost structure to preserve strong profitability; and we returned more capital to shareholders. We repositioned our flagship Tripadvisor brand, and we reorganized internally to align with customer-focused initiatives to deepen customer engagement on our platform, which we believe will lead to increased monetization over time.”

CFO Ernst Teunissen added, “2019 finished generally in line with our expectations outlined in November. We believe our revenue growth outside of our hotel auction, as well as cost-saving measures, can preserve strong profitability moving forward. In Q4, we returned $548 million of capital to shareholders through a special dividend and share buyback. In addition to our previously announced strategic partnership with Trip.com Group Limited, in Q4 we also closed two acquisitions that further bolster our fast-growing Restaurants offering.”