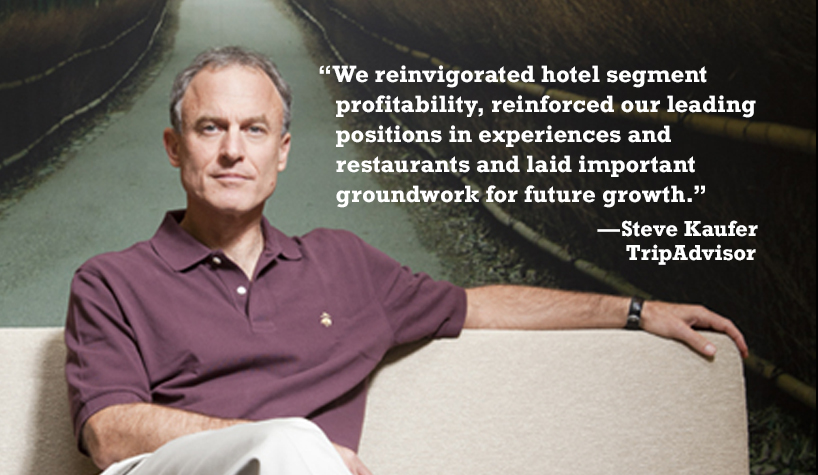 “Our solid Q4 capped a very strong 2018,” said TripAdvisor CEO Steve Kaufer. “We reinvigorated hotel segment profitability, reinforced our leading positions in experiences and restaurants and laid important groundwork for future growth. We are pleased with our progress and will continue to balance growth and margin to deliver maximum shareholder value.”

CFO Ernst Teunissen added, “We are very pleased with our strong Q4 and full year 2018 results. We expect double-digit consolidated adjusted EBITDA growth in 2019, with differentiated revenue and profit focus by segment.”

Cash and cash equivalents and short-term marketable securities was $670 million and there was no outstanding debt as of Dec. 31, 2018.