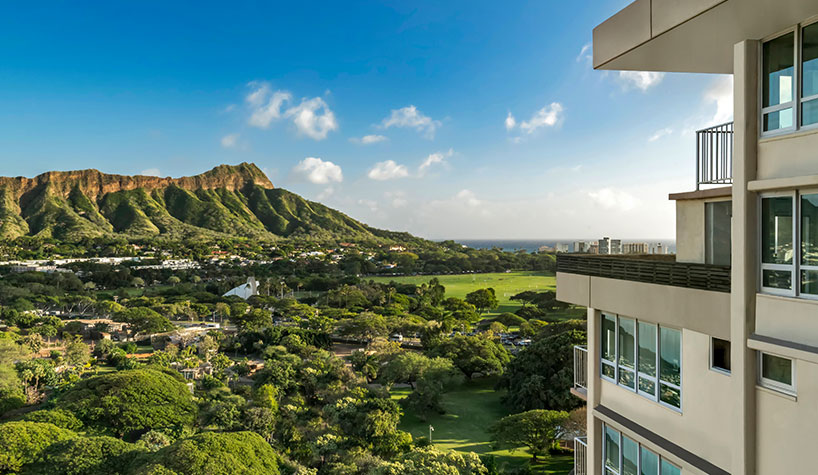 NATIONAL REPORT—Three properties will be reopening soon after extensive renovations, including a Honolulu hotel with views, and a historic property in Wisconsin, the first for a new boutique brand, and more.

Following a $35-million renovation, the Queen Kapi‘olani Hotel in Honolulu will relaunch this summer.

Built in the mid-1960s as one of Honolulu’s grand full-service hotels, the Queen Kapi‘olani’s reimagining embraces its heritage with a retro-chic aesthetic, while incorporating modern enhancements that meet the needs of today’s travelers, according to its operators. At 19 stories, the hotel offers 315 guestrooms, an open-air lobby that fronts Kapi‘olani Park, a fitness center, and an 8,000-sq.-ft. third-floor lanai (outdoor deck) and pool. The lanai—referred to as the hotel’s outdoor living room—features a new restaurant, bar and lounge, and a pool.

In addition, the unveiling introduces a new culinary concept, Deck. The hotel partnered with Plan Do See to create the restaurant, which serves cuisine inspired by local fresh catch and produce in a sharable style, as well as an array of craft cocktails.

Hotel Retlaw in Fond Du Lac, WI, originally built in 1922, is set to reopen in the fall after a renovation. The property is the first being developed by the newly formed Legendary Hotels, a hospitality management and development company that will specialize in distinctive boutique properties.

Plans for the $25-million renovation include a destination farm-to-table restaurant, espresso café and wine bar, a refurbished relaxation pool and new luxury spa. A majestic grand ballroom will lend itself to formal affairs and dinners, weddings and gala celebrations, as well as serve as a setting for executive conferences and corporate events, according to the developers.

After extensive renovations by its new owners, Hotel Retlaw will have 127 guestrooms and suites.

Crescent Hotels & Resorts is rebranding the Duke Hotel Newport Beach in California to the Renaissance Newport Beach Hotel. All 444 guestrooms, along with the lobby, restaurant and banquet space, will be fully renovated for the conversion, expected to be completed in the spring.

The 10-story upscale hotel has a rooftop swimming pool, an outdoor garden area and a 10,000-sq.-ft. patio with a waterfall and fireplace.

There will be a new restaurant and full-service bar, Current, featuring a Pacific Ocean-inspired decor of blues and greens, serving coastal cuisine, local craft beers and specialty cocktails.

The lobby experience has been redesigned and the hotel has added the Driftwood Ballroom, featuring natural light. In addition, the hotel now has 27,000 sq. ft. of meeting space to accommodate functions for up to 750 people.