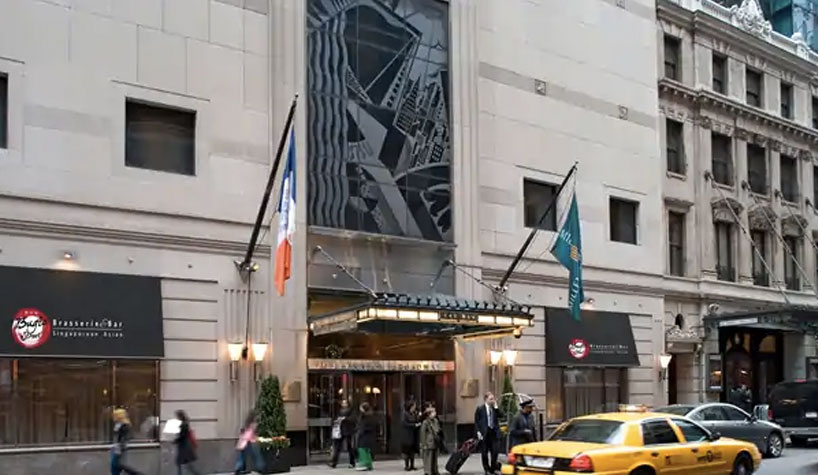 NATIONAL REPORT—Change is constant and that’s also true of the hospitality industry. Here’s a look at the rebranding efforts for three hotels:

Millennium Enters Affiliation with Hilton for Millennium Broadway
Millennium Hotels and Resorts has become an affiliate hotel of the DoubleTree by Hilton brand and renamed Millennium Times Square New York during the affiliation status. This follows the execution of a franchise agreement between subsidiaries of Hilton and Millennium & Copthorne Hotels plc. Over the next few years, the hotel will receive full brand standard updates in order to operate as a DoubleTree by Hilton; the hotel will operate as an affiliate property, which guests can book through Hilton.com and will benefit from the Hilton Honors program, where both business and leisure travelers can earn points toward free hotel stays and other perks. During the period of transition, the 626-room hotel, which is situated in the heart of Times Square and accessible to New York’s Broadway theaters, will remain open for business.

Braemar Unveils The Clancy
Braemar Hotels & Resorts Inc. has planned the opening of The Clancy in January 2020. Located in San Francisco’s vibrant South of Market (SoMa) district, the former Courtyard San Francisco Downtown is undergoing a rebranding and renovation of approximately $30 million to create The Clancy. The hotel now joins Marriott International’s Autograph Collection Hotels. The redesign of the hotel will provide guests with an atmosphere focused on art and innovation. The inspiration will be reflected throughout The Clancy, including its 410 guestrooms, spacious public spaces and entranceways as well as a two-sided lobby bar, with the lobby-facing side featuring craft cocktails and a lounge atmosphere, and the restaurant-facing side a more casual, beer-centric vibe.

Radisson Opens in the Heart of Silicon Valley
Radisson has opened Radisson Hotel Sunnyvale – Silicon Valley. The hotel, previously a Country Inn & Suites by Radisson, underwent an extensive renovation to join the Radisson portfolio. It is now the only newly renovated full-service hotel in the city of Sunnyvale, CA, according to the company. The renovations include a lobby transformation with upgraded furnishings, updated guestrooms, meeting spaces, restaurant and amenities. The hotel is owned by Hospitality Properties Trust (HPT), which has agreed to invest more than $50 million in renovations across its portfolio of hotels under Radisson Hotel Group’s brands.