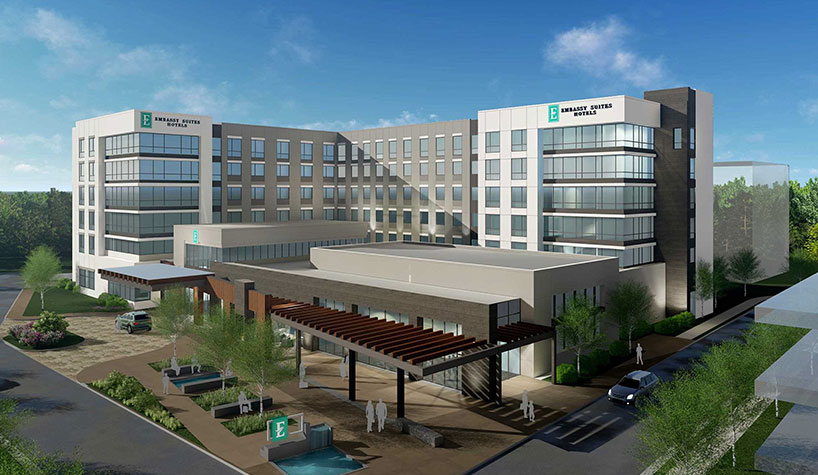 NATIONAL REPORT—Hotels are changing hands across the country. Companies are securing management deals for projects in mixed-use developments, resort destinations and boutique properties:

The new Embassy Suites hotel will be located within the new Halcyon mixed-use development in Alpharetta, GA. Halcyon is a $370-million, 135-acre, mixed-use village that opened its first wave of retailers and office users in September 2019. Upon completion, the project will include 480,000 sq. ft. of office and retail space, a dine-in movie theater, the Big Creek Greenway walking trails, two hotels and 690 residential units.

The Grove Resort & Water Park Welcomes New Management
The Grove Resort & Water Park, a destination located close to the Walt Disney World Theme Parks in Orlando, FL, has added Paramount Hospitality Management (PHM) to its team. PHM took over management of the hotel, which includes the short-term rental program, designed to address the needs of the owners and hotel guests of the 878 luxury condo residences.

PHM focuses on the condo-hotel segment in the Orlando market. PHM was brought on board as The Grove—which has been opening in phases since 2017—reaches full completion with the recent opening of its final tower. With more than half the condo residences already sold to buyers, PHM will grow The Grove’s relationship with current and prospective owners.

OLS Hotels & Resorts Expands Western U.S. Footprint
OLS Hotels & Resorts has continued its expansion in the Western U.S. with management services to River’s Edge Hotel in Portland, OR, and The Getaway and The Hideaway in Carmel-by-the-Sea, CA. River’s Edge Hotel is OLS’ first property in Oregon, and The Hideaway and The Getaway join nine other California hotels in the company’s portfolio of 30 U.S. properties.

River’s Edge Hotel is close to downtown Portland with 100 guestrooms, including 18 suites and a 12,500-sq.-ft. spa. The Getaway is in downtown Carmel with 34 renovated rooms with a beach-chic design. The Hideaway Carmel was reimagined in 2016 in the beachside community of Carmel-by-the-Sea with 24 rooms.