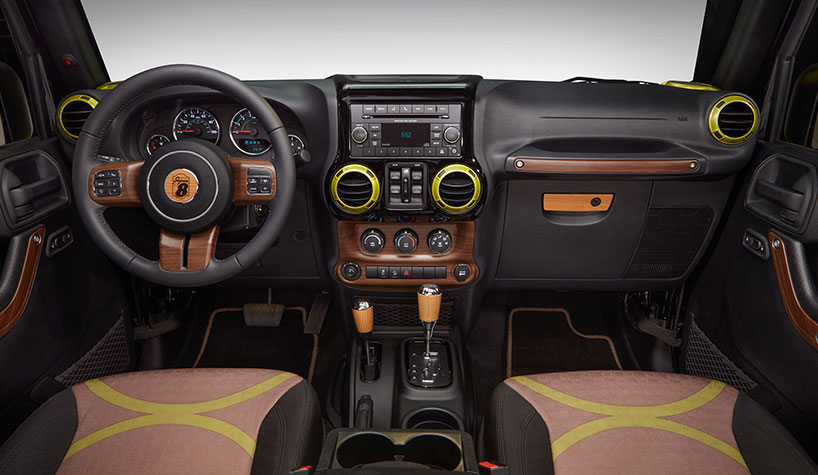 PARSIPPANY, NJ—Highlighting more than $100 million in renovations at its hotels across North America, Super 8 rolled into the 2018 New York International Auto Show with ROADM8, the first-ever concept car inspired by a hotel brand’s guestroom redesign.

Pulling its style and amenities straight from Super 8’s newly refreshed and elevated rooms—think bedding turned upholstery, a nightstand turned dashboard accent—ROADM8 embodies the look and feel of Super 8. Outside, the vehicle showcases the red and yellow of the Super 8 sign, while inside are amenities like a built-in, on-demand coffee machine, custom center console mini fridge, touchscreen entertainment and more.

“Super 8 enables travelers everywhere, regardless of budget or location, to not only embrace the call of the open road, but have a great experience along the way,” said Mike Mueller, Super 8 brand SVP. “ROADM8 is the auto embodiment of that brand promise, taking the best that our newly renovated hotels have to offer and showcasing them in a way that tells the world: This isn’t your grandfather’s budget hotel.”

Super 8 created ROADM8 with fabricators—several with ties to some of Hollywood’s most iconic vehicles—customizing the car’s exterior and reimagining its interior. Built from a 2017 Jeep Wrangler, the base of ROADM8 was chosen for its reputation as family friendly and representing a balance between iconic and inventive, according to the company.

This year marks the 45th anniversary of Super 8 and in celebration of that milestone, ROADM8 also has hidden surprises with direct ties to the brand’s rich history. One such surprise: the black-and-white art showcasing South Dakota’s Badlands National Park under the ROADM8’s hood.

The wall-size, black-and-white art doubles as a headboard in the new Super 8 guestroom—the hood art serves as a direct callback to Super 8’s South Dakota roots. Other surprises include a Super 8-branded engine cover, custom model plate and a key fob in the shape of a road sign for U.S. Rte. 12, which passes directly through Aberdeen, SD, home of the first Super 8 hotel, which is still open today.

Added Mueller, “As a brand, we recognize the value in creating ways for our guests to interact with us that are both fun and unexpected. So, while some might be surprised to see us at the New York International Auto Show, for us, we think it’s the ideal spot to show off the new look and feel of Super 8. After all, we’re the same brand that just over a year ago launched our new black-and-white art collection by hosting critically acclaimed galleries of ‘old hotel art’ during Frieze in New York and Art Basel in Miami.”