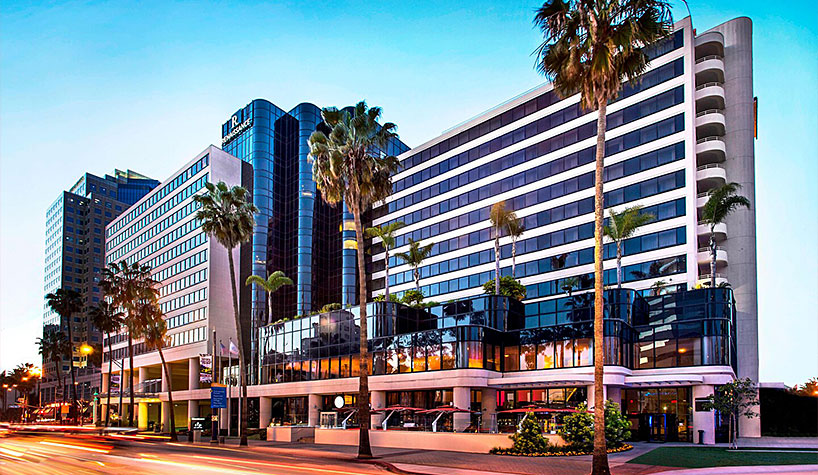 IRVINE, CA—Sunstone Hotel Investors Inc. reported that its portfolio slightly improved toward the close of a second quarter ended June 30 in which it amassed a net loss of $117.5 million.

“We are in unprecedented times and our second quarter results are nothing short of sobering. The hotel industry and much of our portfolio remained effectively closed with limited revenue in the quarter, but all is not lost,” said John Arabia, president/CEO. “We’re pleased to report we are in the process of resuming operations at many of our hotels, and occupancy trends at those hotels that have resumed operations are encouraging. Our estimated cash burn rate is less than we had estimated and should continue to gradually decline, and our low-leverage sizable cash position not only protects us during these challenging times, but allows us to play offense many others are likely to be focused on shoring up liquidity.”

The CEO discussed the status of the company’s portfolio. “Of our 19 hotels, four had remained in operation for the duration of the pandemic including the Embassy Suites La Jolla, Renaissance LAX, Renaissance Long Beach [all in California] and Boston Park Plaza. Six hotels that had suspended operations have recently reopened including Oceans Edge [in Key West, FL] in early June and five other hotels in early to mid July, leaving us today with 10 of our 19 hotels in operation,” noted Arabia. “With only a small subset of our hotels operating, our second-quarter revenues were only $10 million, while RevPAR and total portfolio revenues declined by 98% and 97%, respectively, compared to the second quarter of last year. Over the same period, our total property-level operating expenses were $54 million, resulting in property-level EBITDA loss of $44 million in the second quarter.”

However, he added, “Property-level loss was several million dollars less than anticipated as we were able to work with our operators to streamline operations, eliminate nonessential services and reduce property level expenses by an unprecedented 73% to the prior year.”

Occupancies rose as the quarters rolled on. “Like much of the industry, occupancy for operating hotels during the quarter hit a low in April and gradually improved as the months progressed,” said Arabia. “The four hotels that have maintained operations throughout this year witnessed an average occupancy of 39% in March, declined to a low of just 8% in April and then gradually increased to 13%, 16% and then nearly 23% in May, June and July respectively, despite increased concerns about a recent spike in COVID-19 cases.

“Similarly, Ocean’s Edge, which resumed operations in early June, quickly ramped up to sustain occupancy levels near 50% by mid-June and remain there through early July, but has since witness occupancy levels in the mid-to-high 30% range as a result of a resurgence of COVID-19 cases in Florida,” he continued. “The six hotels that resumed operations in June and July in general achieved occupancy percentage levels in the teens within the first two weeks of opening. For these hotels, the low occupancy level is generally sufficient to reduce but not eliminate the operating losses in cash drag despite the increased cost that has clean protocols and protective measures taken to keep hotel associates and guests safe.”

Group business at Sunstone, like every other company in the industry, took a huge hit in the quarter that extended to the rest of the year.

“Nearly all of our group business canceled in the second quarter. Other than a few government groups, 96% of our second-quarter group room nights on the books prior to the onset of pandemic canceled,” said Arabia. “For the third quarter, the trend is expected to be virtually the same as 95% of the group business on the books pre-COVID-19 has already canceled. As the pandemic continues, group cancellations for the fourth quarter have increased as well. Currently, nearly two-thirds of our fourth-quarter group nights on the books pre-COVID-19 have canceled.”

He continued, “We remain hopeful that several of these groups will materialize in the fourth quarter particularly as we begin to resume operations at a few of our large group hotels, including the Hilton Bayfront. However, we believe that group business will not return in scale until there’s a greater comfort in traveling and congregating. The silver lining in terms of group business is that our strategy of keeping sales professionals on the property and taking care of our customers is paying off. Since March, we booked 86,000 new group rooms for all future months. In addition to the new bookings, we have thus far rebooked 138,000 new group room nights that previously canceled or 23% of all canceled group room nights since the start of the pandemic.”

Recent Developments
Due to the prevailing government mandated restrictions on travel and public gatherings since the outbreak of COVID-19, Sunstone temporarily suspended operations at 15 of its 20 hotels during the first six months of 2020. The company has resumed operations at six of its previously suspended hotels, one in June 2020 and five in July 2020.

After reaching a trough in April, Sunstone began to see hotel demand slightly improve in May and June, most significantly in leisure travel, which benefited its hotels in drive-to leisure markets such as the Embassy Suites La Jolla and the Renaissance Long Beach in California and the Oceans Edge Resort & Marina in Key West, FL. The company also experienced a modest demand increase at its hotels in certain urban markets after resuming operations in Boston, Chicago and New Orleans. In July 2020, however, hotel demand moderated as COVID-19 cases surged and some areas began to reimplement mandatory shelter-in-place orders and the shutdown of nonessential businesses. Sunstone currently believes that the majority of its group business for 2020 has canceled or will eventually cancel. Of the group business that has canceled to date, approximately 23% has rebooked into future periods.

Capital Investments
During Q2, Sunstone took advantage of the suspended operations and the low demand environment to perform otherwise extremely disruptive capital projects at the Renaissance Orlando at SeaWorld in Florida, the Renaissance Washington DC and the Marriott Portland in Oregon, all while adhering to the relevant government regulations and social distancing mandates aimed at both protecting those involved in the construction work and stemming the spread of COVID-19. At the Renaissance Orlando at SeaWorld, the hotel’s closure allowed the company to demolish and redesign the hotel’s atrium and lobby. The Renaissance Washington DC’s porte-cochere was remodeled and the escalators that connect all levels of the hotel’s meeting space with the lobby were replaced. At the Marriott Portland, Sunstone took advantage of the hotel’s closure by completely remodeling the guestrooms, gym, meeting rooms, public space and the M Club. In addition, a majority of the guestroom baths were converted to showers, and seven new guestrooms will be added. The company expects to complete these capital projects at the three hotels during the third quarter of 2020.

Balance Sheet/Liquidity Update
As of June 30, the company had $586.4 million of cash and cash equivalents, including restricted cash of $46.0 million; total assets of $3.4 billion, including $2.6 billion of net investments in hotel properties; total consolidated debt of $1.0 billion; and stockholders’ equity of $2.2 billion.

ESA Reports Some Positives for Q2 CHARLOTTE, NC—In an earnings season that has seen a lot of negatives, Extended Stay America Inc.…
Caesars Sees Positives in Vegas Going Forward RENO, NV—In its first earnings call since the merger between Eldorado Resorts and Caesars Entertainment Corporation,…
Sunstone acquires the Montage Healdsburg Resort for $265M Sunstone Hotel Investors Inc. has acquired the fee-simple interest in the 130-room Montage Healdsburg in California's…
$500M-plus in transactions including Sunstone, Pebblebrook, more… The hospitality transaction market has been busy in the last week as more than $500 million…