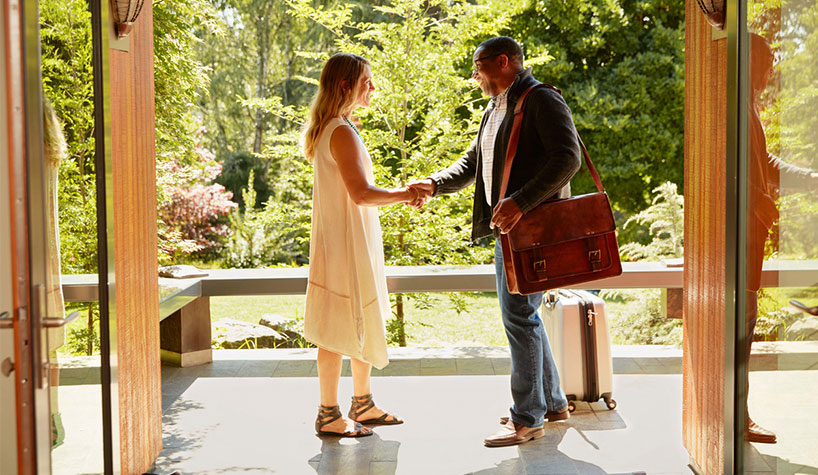 CATONSVILLE, MD—Researchers from the Tepper School of Business at Carnegie Mellon University published new research in the Informs Journal Marketing Science, which sheds new light on the impact Airbnb and similar “sharing economy” companies are having on the hospitality industry. The findings suggest that in some cases, the presence of Airbnb can help attract more demand in some markets while challenging the traditional hotel pricing strategies.

The study to be published in the May edition of the Informs Journal Marketing Science is titled “Competitive Dynamics in the Sharing Economy: An Analysis in the Context of Airbnb and Hotels,” and is authored by researchers from Carnegie Mellon University.

The researchers focused on the entry of the flexible-capacity sharing economy platform Airbnb and studied its impact on the competitive landscape in the traditional fixed-capacity lodging industry.  They examined how the sharing economy has fundamentally changed the way the hospitality industry accommodates demand fluctuations and how traditional hotels should respond.

Study authors took into account market conditions, seasonal patterns, hotel pricing and quality, consumer make-up and the supply of Airbnb accommodations in specific markets. They also considered factors such as Airbnb’s strategy toward business travelers, government regulations on Airbnb, changes in hosting costs due to tax changes and third-party services along with the professionalism of hosts.

“Our analysis gleaned a number of insights,” said the authors. “In the end, we arrived at four conclusions. Airbnb cannibalizes hotel sales, especially for lower end hotels.  Second, Airbnb can help stabilize or even increase demand during peak travel seasons, offsetting the potential for higher hotel prices which can sometimes be a deterrent. Third, the flexible lodging capacity created by Airbnb may disrupt traditional pricing strategies in some markets, actually helping to minimize the need for seasonal pricing. And finally, as Airbnb targets business travelers, higher-end hotels are most likely to be affected.”

On the issue of cannibalization, the researchers found that in some markets where demand is more seasonal, hotel prices and quality are relatively lower, and the fraction of leisure travelers is higher, consumers can be more likely to choose Airbnb, which places competitive pricing pressure on hotels.

The impact of Airbnb on demand is driven by seasonal fluctuations of capacity. Traditionally, hotels have fixed capacity and tend to raise prices during peak seasons and lower them during off-peak seasons. But with the presence of flexible capacity from Airbnb, travelers have more options during peak seasons, forcing the market to lower seasonal pricing. Still, during off-peak seasons, as Airbnb capacity contracts, hotels may not have to lower their prices significantly. Interestingly, as capacity between Airbnb and hotels increase with demand, that expanded capacity may have the effect of attracting more travelers to a particular destination.

To date, Airbnb sales are largely derived from leisure travelers who make up 90% of Airbnb sales.  As the company targets the business travel marketplace, the researchers found that high-end hotels are likely to be most affected, primarily due to the higher or lower operating costs faced by Airbnb hosts in their markets.

Cornell Research: Key HR practices benefit franchisees, performance In the new Center for Hospitality Research and Cornell Center for Innovative Hospitality Labor and Employment…
People on the Move at Aimbridge, Island Hospitality and Airbnb Two management firms and Airbnb have made personnel moves. Here’s a look: Aimbridge Adds Roca Jr.…
Airbnb and Polaris Expand Partnership to Fight Human Trafficking SAN FRANCISCO—Since 2018, Airbnb has partnered with Polaris–an anti-trafficking organization and operator of the U.S. Human…
Airbnb Supports Local Economic Growth and Domestic Travel INTERNATIONAL REPORT—Airbnb has entered into a series of partnerships with local communities from around the world…