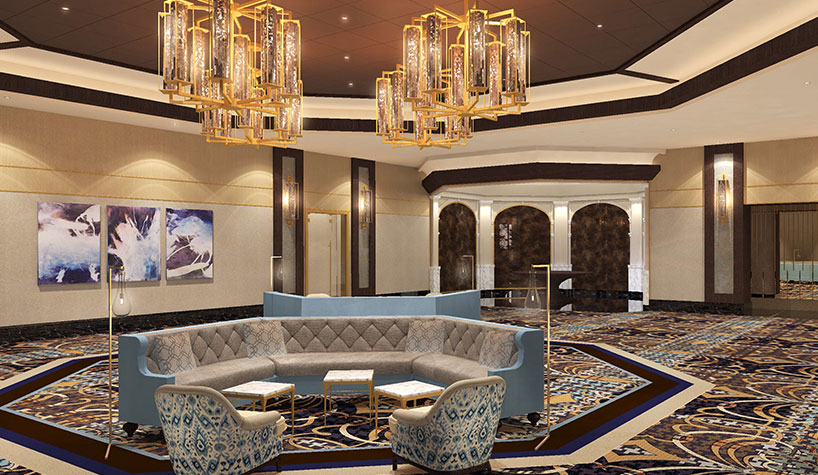 INTERNATIONAL REPORT—Hotel projects are in the works across the globe. MGM is set to open in the New England area along with dual-properties underway from Dream Hotel Group, Pendry Hotels and Marriott.

MGM Springfield is scheduled to open in Springfield, MA in August. With approximately 34,000 sq. ft. of versatile space, MGM Springfield’s meeting and event center will have ballrooms, meeting rooms and boardrooms adjacent to a 6,200-sq.-ft. outdoor terrace.

There’s also a pool deck; dining options such as Cal Mare, The Chandler Steakhouse and Tap Sports Bar, including its 10-lane bowling alley and arcade; Regal Cinemas complex; and Topgolf Swing Suite will also be available for private events.

Designed by Atlanta-based architecture firm Cooper Carry, Dream Atlanta, Buckhead, will have 200 guestrooms and suites, 90 private residences, a spa and wellness concept and five dining and nightlife venues, including a 17,000-sq.-ft. rooftop pool bar and lounge. The dual-tower development will also include 80,000 sq. ft. of additional office and retail space.

Pendry Hotels is scheduled to open Pendry Natirar and Pendry Residences Natirar. The property will be located in Somerset County, NJ, and close to New York. The Tudor-style estate will be restored and expanded to have an adjoining hotel with 66 guestrooms and suites, re-emerging as Pendry Natirar in the spring of 2020.

The project, scheduled to open in Jan. 2019, will include a 106-room Courtyard by Marriott and an 84-suite Residence Inn in the Dartmouth Crossing lifestyle center and in proximity to the Burnside Business Park. The park is home to 2000 enterprises and more than 30,000 employees.