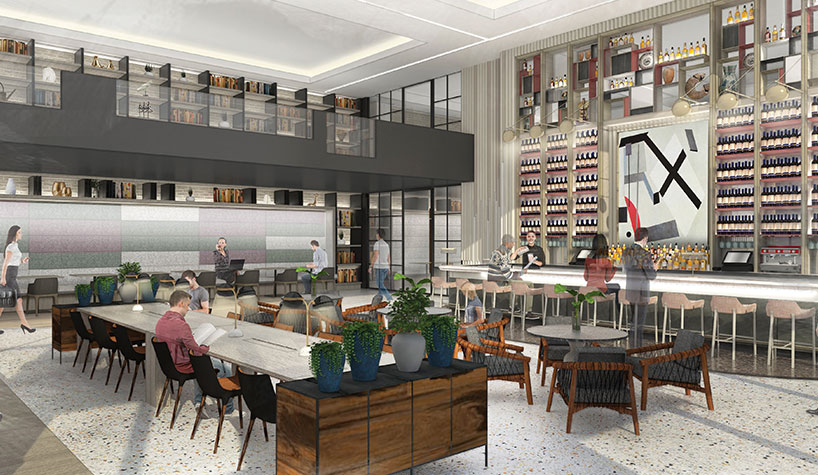 NEW YORK—During the NYU International Hospitality Industry Investment Conference, Marriott International Inc. unveiled its plans for Sheraton Hotels & Resorts, a brand with more than 80 years of history that, in recent years under the Starwood umbrella, had undergone a series of refreshes and revitalizations in fits and starts with limited success. But now, Marriott believes it has the right recipe for success.

“Sheraton’s gone through quite a few transformations over the years. We think we’ve got a unique opportunity to to do it right as part of the new company,” said Julius W. Robinson, SVP & global brand leader, Marriott, Sheraton & Delta Hotels.

One key aspect of Sheraton’s repositioning is to avoid mistakes made in the past. Robinson noted that when Starwood was first acquired, Marriott’s impression of Sheraton was one of intrigue. “We were curious to understand why there had been so many versions of transformation stories for the brand,” he said. “What we found is the transformation efforts in the past have been a bit disjointed. One year, it might be a design strategy; one year, a brand strategy; one year, an operation strategy; and those never had an opportunity to really take hold. Why we think this is different is we’re actually looking at the brand strategy, the guest experience, and the design all at the same time.”

However, he’s also aware that for owners who have been with the brand for years, there’s a fair amount of uncertainty. “Owners were very skeptical because they had heard this story on Sheraton before; they had people like myself stand in front of them and tell them this time it was going to be different,” Robinson said. “As much as we’ve spent the last year and a half doing our research and our ideation, we’ve spent equally the same amount of time talking to our owners and understanding what their immediate concerns were.”

In addition to a more comprehensive strategy, Robinson pointed out there’s another major difference for this refresh—Marriott itself. “We’ve done this before,” he said, pointing to the refreshes of the Fairfield Inn & Suites, Courtyard by Marriott and Marriott Hotels brands. “The good news is when you can go to an owner and share three case studies of how you’ve done this before and then talk about the fact that we’re looking at design, brand and guest experience together, and why we think that’s going to be different, we’ve been able to change some hearts and minds.”

In the works for well over a year, Sheraton’s repositioning revolves around the activation of public areas, focusing on the notion of community building—a core value for the brand. “Our design perspective on the public area is to take what people are familiar with from the modern-day town square, and bring it to life in a whole new and differentiated way for a more informed, seasoned and interested traveler,” said Robinson.

During the conference, the company showcased its vision for Sheraton’s public spaces, building a 4,200-sq.-ft. vignette, allowing investors to understand and experience Sheraton’s transformation plans firsthand, particularly the concepts for the hotel’s public spaces. Robinson noted key elements include how guests engage spaces; how they flow from one activity to another; how the food and beverage concepts will represent this notion of community throughout the spaces; and how to leverage technology.

“Technology has now become table stakes in our industry,” he said. “What we’re interested in is the notion of being able to provide guests with on-demand opportunities, like on-demand food and beverage opportunities, so I can order a small plate from my mobile device as I’m working.

“What’s really interesting for Sheraton is thinking about community as the rallying cry for the brand—not just our guests, but also our extensive amount of rewards members who actually are in those communities, allowing technology to be the conduit to bring people together,” Robinson continued. “It will allow our guests to have the majority of the public area, enjoying that as a working and social space, but it will also allow our folks who are in the hotel on a day-to-day basis to invite rewards members in from the local community and create something we think is going to be special for Sheraton. The lobby and public areas are really where you’ll see the heart and soul of the brand come through in a very 21st-century way.”

Of course, not every hotel will make the cut. “When I look at the other transformations we’ve done on the other three brands I mentioned, there was a fair amount of exits as part of that strategy,” Robinson acknowledged. “We think with partnership and cooperation from our owner community that we’ll get there on most of the hotels, but Marriott’s proven to be a bit more aggressive in exiting hotels than maybe Starwood had been in the past.”

Since joining Marriott International in September 2016, Sheraton has exited 6,000 rooms with another 2,000 expected to depart by the end of the year, according to the company. During the same period, 5,000 rooms have been signed to the portfolio. Intent to recommend for the brand has already increased two points year-over-year and market share has grown for the first time in years, according to the company.

With close to 100 hotels in the pipeline, mostly in Asia-Pacific, Robinson said, “The pipeline for Sheraton is actually good. I’d like to increase the pipeline in North America and Europe, but the brand today, even through all of its challenges, still has a pretty robust pipeline. So there’s a very mixed signal for Sheraton depending on where you are in the world—but overall, the investment confidence is still there.

“We think the combination of renovations, exits and new-builds is the right formula for the brand because it signals to the owner community that we’re serious,” he said. “And the new hotels signal to guests that the brand is not just in a stability mode—it’s always growing, always evolving.”

Owners are already responding to the new vision, committing an estimated half-a-billion dollars in renovations of hotels across the U.S. Globally, 25% of Sheraton hotels have committed to renovations with some already underway.