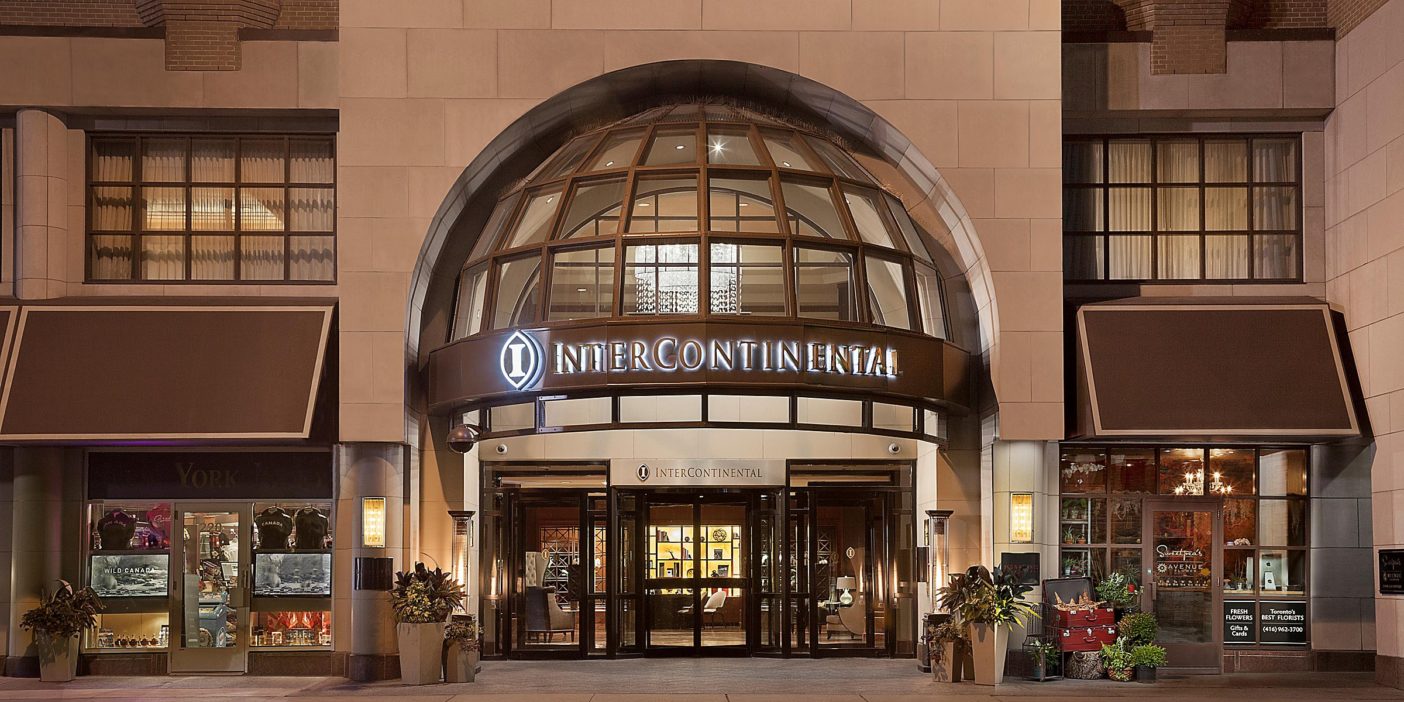 SVC will rebrand 103 IHG hotels, including the InterContinental Toronto Yorkville, to Sonesta brands.

“SVC and IHG have had a long relationship, which began in 2003, but we were unable to reach a mutually agreeable resolution to the defaults by IHG under our management agreements with them,” said John Murray, president/CEO of SVC. “Therefore, after a period of negotiation with IHG, we determined to terminate IHG and rebrand these hotels with Sonesta. Based on historical experience, we believe the current portfolio of 103 hotels may perform as well, or better, as Sonesta hotels post-conversion and once stabilized in their respective markets.”

He continued, “Sonesta currently manages 16 hotels for us that were rebranded from IHG in 2012, and total annual revenue and hotel EBITDA at these 16 hotels improved 14.4% and 10.3%, respectively, post-conversion and once stabilized. In addition to Sonesta possibly having a positive impact on these hotels’ performance in the future, we own approximately 34% of Sonesta and we will therefore indirectly share in any benefit of these new management agreements by Sonesta in the future. We also believe having these 103 hotels operated by Sonesta provides us with greater flexibility in managing our business through the current challenging market conditions. For example, we expect that some of the transitioned hotels may be repurposed to an alternative use or sold in the future.”

“We’re extremely proud of the continued confidence that SVC has demonstrated by entrusting Sonesta to rebrand and assume management of 103 more of their hotels. In these unprecedented times, it is more crucial than ever to ensure we do not compromise our dedication to operational excellence; the safety and security for our guests and employees; and the delivery of skilled and genuine hospitality,” said Carlos Flores, president/CEO, Sonesta International Hotels Corporation. “This new agreement with SVC reinforces our continued evolution as a global hotel operator and brand, and we look forward to introducing our existing loyal guests, as well as new ones, to all the destinations within our significantly expanded portfolio.”

Following the utilization of the remaining $9.0 million of IHG’s security deposit in July, SVC will only recognize the hotel level cash flow, if any, of its currently IHG branded hotels in its operating results through the termination date. For the six months ended June 30, SVC realized returns and rents of $108.2 million, or 66 cents per diluted common share, under its IHG agreements. The 103 IHG branded hotels generated $12.2 million, or 7 cents per diluted common share, of hotel level cash flows during the six months ended June 30.

As previously noted, SVC sent notices of termination to IHG for failure to pay SVC’s minimum returns and rents due for July and August totaling $26.4 million, plus accrued interest, and IHG had until Aug. 24 to avoid termination by making payment to SVC. SVC did not receive any payment from IHG by Aug. 24, nor does SVC expect to receive any payments from IHG in the future, and the management agreements with IHG will be terminated. The effective date of the termination is Nov. 30, which is the same date that SVC currently plans to transfer the branding and management of these hotels to Sonesta.