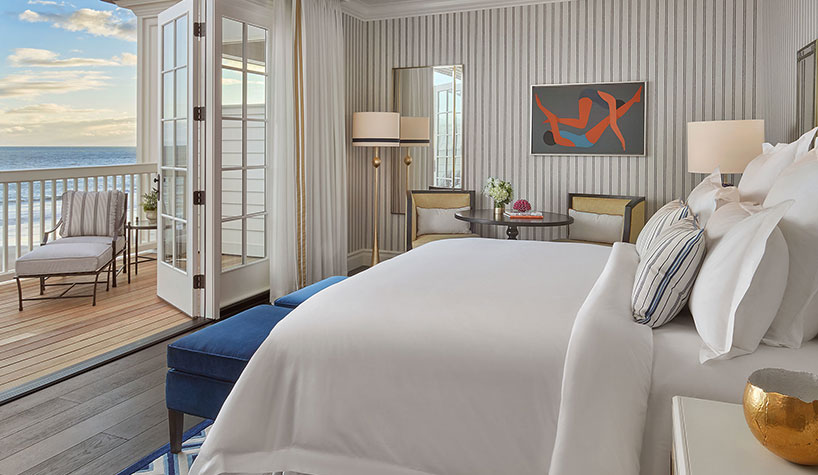 “In addition to growing our hotel pipeline, we have intensified our focus on luxury branded residential development, both as part of a hotel project, or in some cases, on a stand-alone basis,” said CEO Sonia Cheng.

Now numbering more than 40 hotels and resorts in 19 countries under its three brands, the group is highly selective in the pursuit of trendsetting properties with like-minded, visionary partners.

Throughout Asia, seven Rosewood Hotels & Resorts properties have opened in the past 24 months, including the brand’s new global flagship hotel and residences in Hong Kong and the highest hotel in the world in Guangzhou. The brand debuted in Southeast Asia with the opening of architecturally dynamic hotels in Bangkok and Phnom Penh, a heritage landmark hotel in Yangon, and a forest retreat in Luang Prabang. Also, at Rosewood Phuket, opened in 2017, Rosewood launched Asaya, the brand’s integrative wellness concept. Today, the group operates a total of 19 hotels in Asia, including the New World Hotels & Resorts portfolio with its prominent locations in gateway cities in Greater China, the Philippines and Malaysia.

Further expansion of the Rosewood Hotels & Resorts collection is underway with future openings planned for Greater China in Chengdu (2023), Shenzhen (2023), Taipei (2024) and Ningbo (2024); and for Southeast Asia in Hoi An, Vietnam (2023) and Hermana Mayor, Philippines (2024). The coming months will see the launch of the group’s first incubator hotels in China for the KHOS brand. New World Hotels & Resorts is also expanding into India, with a planned opening in Jaipur (2023) and soon announcing a second opening in the Rajasthan region. This momentum has generated exceptional interest in the group from development partners across the continent, according to the company. Further growth will be announced for Shanghai, North Asia and the Pacific in the coming months.

In recognition of its expanding presence in Europe and the Middle East, the group is forming a regional headquarters for EMEA in Amsterdam to support its growth. In Europe, the Rosewood brand has been introduced in locations in gateways and is now targeting leisure destinations. Italy, Spain and the Netherlands have continued as a focus for future expansion, while openings in Vienna, Munich, Venice and a second London property have already been announced.

The growth impetus in Europe has extended into the Middle East, where a regional flagship Rosewood Doha hotel and branded residences property was signed in 2019. The long-standing affinity for luxury hospitality renders the Middle East strategic to the group’s future expansion, building upon the current presence in Jeddah and Abu Dhabi. In the Middle East, the growth focus is on Saudi Arabia where the Kingdom’s transformation for a new era of travel fits with the Rosewood brand.

In the Americas, the group is also transforming. In 2019, Rosewood Miramar Beach opened in Montecito, CA, and a breakthrough management contract was also announced in Hawaii for the Kona Village resort. In early 2021, Rosewood São Paulo will open, marking the brand’s debut in South America. In excess of $300 million is also being invested in renovations in various Rosewood properties, including Rosewood Mansion on Turtle Creek in Dallas; The Carlyle, a Rosewood Hotel in New York City; Rosewood Washington, DC; Rosewood Mayakoba on Mexico’s Riviera Maya; and the reopening of Rosewood Little Dix Bay on Virgin Gorda in the British Virgin Islands. The pipeline continues to grow in the Americas with upcoming deal signing announcements for California, Mexico, as well as in the Caribbean.

“We are expanding our residential resources in order to better support our owners and developers in their sales and marketing processes while strengthening relationships with buyers of Rosewood-branded residences,” said Karl Bieberach, chief development officer for Rosewood Hotel Group. “Within each ultra-luxury Rosewood Residence, the unique culture of the dynamic locale is embraced and showcased from start to finish. This model will continue to be at the forefront of all future developments we lead across the globe.”