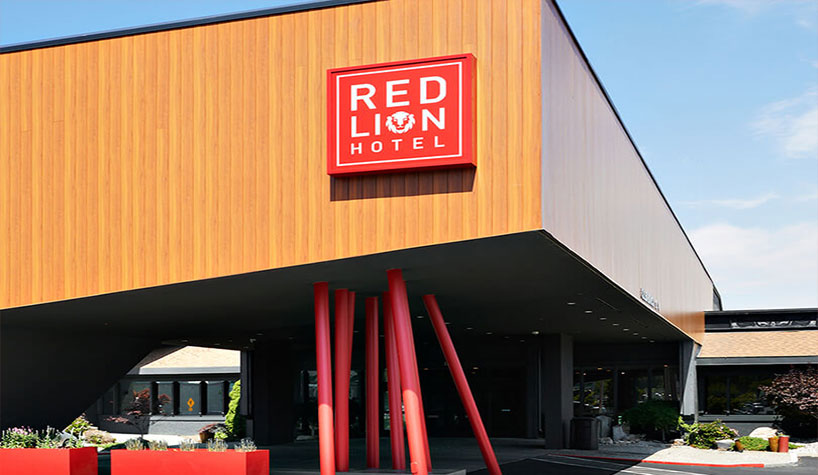 DENVER—RLH Corporation outpaced the rest of the U.S. during the second quarter ended June 30 with 51.8% RevPAR decline compared to a 69% drop for the U.S., according to STR figures. Nearly all of the company’s hotels—98%—are currently operating.

“Despite the challenges presented by the healthcare crisis, our franchisees are receiving frontline workers and drive-to travelers with welcoming brands and stringent cleanliness protocols to keep guests safe,” said John Russell, CEO. “The travel industry has been dealt an incredible blow with the coronavirus and is posting large double-digit RevPAR declines across all chain scales. We believe that our brands are positioned to be among the first to come back with their value offering and drive-to locations, and we are encouraged by our relative outperformance in the quarter. STR data indicates that our RevPAR exceeded U.S. RevPAR for the second quarter. U.S. RevPAR was down 69.9%, while our hotels posted a 51.8% RevPAR decline. The performance in RevPAR was driven by our economy brands with a 28.5% RevPAR decline as compared to 35% for U.S. economy hotels.”

July saw occupancy for the company’s entire portfolio reach nearly 50%, a solid number given the limited travel due to COVID-19-related restrictions.

“Given our predominantly drive-to locations in secondary and tertiary cities, this performance—albeit early—is both encouraging and in line with our expectations,” said Russell. “In fact, in July, we saw a continuation of these positive trends with occupancy of 47.6% for our brands overall, with our midscale brands at 45.2% occupancy and our economy brands at 57.3% occupancy.”

Despite the challenges, RLH was able to sign more than 20 franchise agreements in the quarter.

“We remain focused on executing our ROAR [Recruit, Onboard, Add value and Retain] initiatives, specifically franchise support and franchise retention efforts,” noted the CEO. “We again are making positive strides with another 23% improvement year-over-year on terminations in the second quarter and a 22% improvement for the first six months of 2020. In the quarter, we signed 22 franchise agreements of which three were for new locations. We see this pace as solid given the headwinds we faced in the second quarter related to COVID-19, including limitations on travel to meet with prospects and heightened underwriting standards for lodging, making it difficult for new franchisees to access capital. Additionally, we were restricted from entering into contracts for 47 out of the 90 days in the quarter.”

He added, “For the first half of the year, we signed 92 total franchise agreements, 19 for new locations. This pace of signings, including many early relicenses for longer-term contracts, reflects the value that our franchisees see in our brands and is even more exciting when considering the headwinds we faced. We are encouraged by the progress we are making in spite of the challenges posed by the health crisis. We look forward to when cases are consistently falling, the economy is fully reopened and travelers can resume their plans.”

Year-over-year results continue to reflect the loss of income from the sale of four company-owned and -operated hotels, franchise agreement terminations and reduced travel due to COVID-19.

Operating Summary
As a result of the renewed focus on its ROAR initiatives, RLHC signed 92 franchise agreements in the first half of 2020, including adding 19 new franchised locations. Additionally, RLHC improved retention trends, seeing 22% fewer franchisees leaving the brand year-over-year.

Royalty fees for the second quarter were $3.6 million compared to $5.9 million in the prior-year quarter primarily due to terminated franchise agreements and the impact of COVID-19 on midscale brands, which generally pay royalties and marketing fees as a percentage of gross rooms revenue. Royalty revenue mix for the second quarter of 2020 was 83% from economy hotels and 17% from midscale hotels.

Transaction costs for the quarter were $1.0 million comprising fees paid to advisors engaged to review and respond to bona fide inquiries received from parties considering an investment in or acquisition of the company. The board remains committed to evaluating strategic alternatives that are in the best interest of shareholders, particularly as RLHC has attracted attention from those who recognize that its portfolio of franchised hotels are located in areas that are less impacted by a reduction in leisure travel, and are well positioned to respond quickly to upticks in travel, especially drive-to travel.

Balance Sheet and Liquidity
As of June 30, cash and cash equivalents totaled $33.8 million, a $4.1 million decrease from March 31, 2020. The decrease included a portion of the $1.1 million in fee deferrals offered to assist franchisees through this difficult period; $0.3 million in severance and other costs to implement the cost-savings measures established at the onset of COVID-19; and $0.2 million of advisor fees as previously described.

Adjusted free cash flow for the six months ended June 30 was $2.0 million as compared to $5.4 million for the six months ended June 30, 2019. Cash flow from operations was -$5.8 million and $3.1 million for the same periods, respectively. RLHC has $5.6 million of debt on its balance sheet related to a non-recourse mortgage on the Hotel RL Olympia held in a joint venture in which RLHC holds a 55% equity interest.