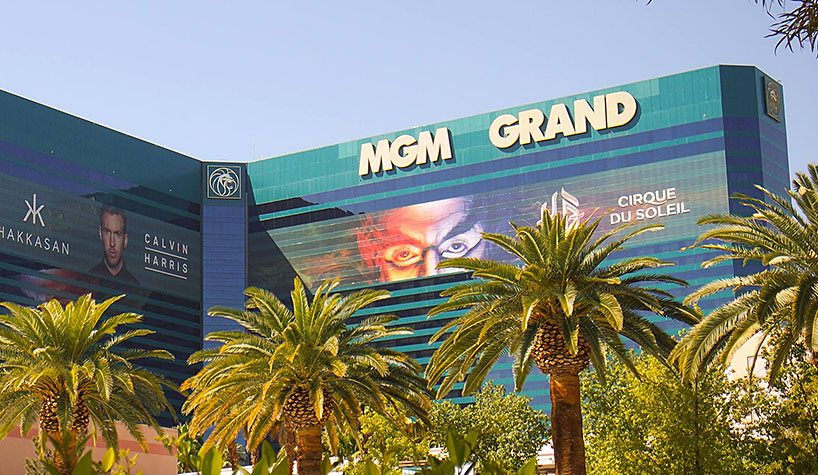 LAS VEGAS—Temporary closures, travel restrictions and social-distancing measures led to a 91% year-over-year (YOY) net revenue decline for MGM Resorts International for the second quarter ended June 30. However, revenues were still in the black at $290 million.

“In the second quarter, we opened nine domestic properties, and we have subsequently reopened five more. Today, we have a total of 14 properties from our 18 [open] if you count Vdara at the start of the pandemic,” said Bill Hornbuckle, president/CEO, who was elected to the latter role the day before, after serving as acting CEO. “Domestic properties that opened in the second quarter generated positive EBITDAR faster than expected, and we saw significant growth in our domestic margins driven by optimizing our business to serve higher-quality customers given the pent-up demand, primarily in our casino market side, leveraging our MGM 2020 Plan and operating model work to manage costs and discipline, and we remain selective in keeping lower margin amenities closed.”

Specifically in Las Vegas, “revenues at reopened properties declined 50% year-over-year. Adjusted property EBITDAR declined 44%. And our margins increased roughly 450 basis points over the same period,” he said. “Despite the lack of conventions, shows, concerts and sporting events, we leveraged our MLife database to drive better-than-expected demand in quality casino customers.”

Hornbuckle noted that Q2 revenues at reopened domestic regional properties declined 31% YOY during that period they were open, while adjusted property EBITDA was down 14%, but margins increased approximately 880 basis points during that same period.

“Our regional operations include larger integrated resort properties like those in Las Vegas, which rely on air travel…and drive-to markets, which are naturally performing better,” he said. “During the period they were open, our drive-to regional markets grew EBITDAR by 18%, with margin improvement by over 1,400 basis points.”

Currently, all of MGM’s Las Vegas properties are open with the exception of Mirage, Park MGM and NoMad, and six of the eight regional properties have opened.

“We just announced that MGM Grand Detroit will open to the public on Aug. 7 with VIP guests coming in a couple of days before,” noted Hornbuckle. “Currently in Las Vegas, COVID-related headlines continue to have a meaningful impact on booking trends and cancellations. Our visibility is limited to booking windows that are currently less than a week. We’re seeing slower occupancies on the weekdays, and we’re offsetting this on the weekends where the demand is far more robust.”

He continued, “All of our reopened Las Vegas properties are burning less cash, with the exception of Mandalay Bay, and are currently EBITDAR positive. However, we continue to believe that material recovery will be dependent on the return of conventions, entertainment and significant air travel.”

MGM’s Las Vegas resorts especially are dependent on the conventions business, and Hornbuckle is optimistic the events will return in time.

“We’ve lost just over two million group room nights, and 83%, give or take, have been in 2020,” he said. “CES [Consumer Electronics Show] trickled into the first quarter, and so we’re losing some activity in the first quarter. Flip side of that—and why I am fundamentally solid on our business—is that we’ve only lost two groups of substance beyond the first quarter of next year.

“So, what groups are saying, and what they’re doing, is they’re hanging in as long as they possibly can,” he continued. “Fundamentally, they want to come back. They understand this experience, they want and need it, and I think we’re ideally positioned given our scale. We’ve got [about] 3.7 million sq. ft. of space here to spread groups out, making a meaningful opportunity for them as they think about coming back. But, in the short term, it’s going to be challenging.”

Demand will drive further openings, as well as the expansion of resort amenities. “We’re encouraged by the relative stability and demand that we have seen, thus far. The current situation, however, is fluid,” the CEO said. “Further openings of our Las Vegas resorts as well as amenities across our domestic properties will continue to be based on expectations for demand and maximizing cash flow, while balancing the needs of our guests, our employees, local regulators and other significant stakeholders.”

Hornbuckle is optimistic that his company will recover from the crisis, noting, “Despite the current challenges, there are two important assurances: First, we absolutely believe the fundamentals of our business and industry have not changed and will ultimately recover; and second, our cost-saving efforts are yielding tangible and seeable results. Taken together, this means we’re poised to emerge from the crisis a stronger, more efficient and sustainable company.”

Las Vegas Strip Resorts
On June 4, Bellagio, MGM Grand and New York New York reopened to the general public, followed by Excalibur on June 11 and Luxor on June 25. The balance of the company’s Las Vegas Strip resorts remained closed in the second quarter.

Estimated operating trends for the reopened Las Vegas Strip properties for the respective periods during which they were operating through June 30:

Regional Operations
The company’s Mississippi operations, Gold Strike and Beau Rivage, reopened to the general public on May 25 and June 1, respectively. MGM National Harbor in Maryland reopened on June 29, with the balance of the regional destinations remaining closed.

Estimated operating trends for the reopened regional operations properties for the respective periods during which they were operating through June 30: