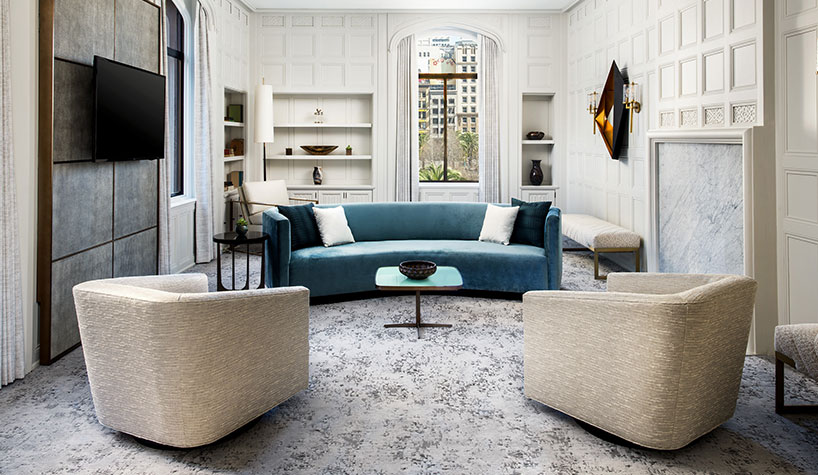 The Westin St. Francis is one of the assets purchased by Mirae Asset Global Investments.

INTERNATIONAL REPORT—Anbang Insurance Group Co. has hired Bank of America Corp. to help sell a portfolio of U.S. luxury hotels formerly known as Strategic Hotels & Resorts Inc., according to a report from Bloomberg. The news agency cited people familiar with the matter.

The anonymous sources said that Anbang selected Bank of America to run the sale after seeking requests for proposals from an array of potential advisers. The portfolio includes the Westin St. Francis in San Francisco, the Loews Santa Monica Beach Hotel, the Fairmont in Chicago and Essex House Hotel in New York.

“Anbang is reviewing its U.S. real estate portfolio after seeing a price recovery in local property assets,” an Anbang spokesman told Bloomberg, declining to comment on any bank mandates. A Bank of America spokesman declined to comment.

Anbang agreed to buy Strategic Hotels from Blackstone Group LP in 2016 for about $6.5 billion, a roughly $450 million increase to what the New York firm had paid for the company just three months earlier. Anbang ended up paying about $1 billion less, or $5.5 billion, after U.S. national-security officials opposed the sale of one of Strategic’s most valuable properties—the Hotel del Coronado near San Diego—due to concerns regarding its proximity to a U.S. naval base.

Earlier this year, the Chinese government seized control of Anbang and removed its chairman from his post and prosecuted him for “economic crimes.”

It has been accelerating efforts to sell assets and deleverage, including offloading China’s Hexie Health Insurance Co., Belgian insurer Fidea as well as, possibly, a stake in itself, Bloomberg has reported.