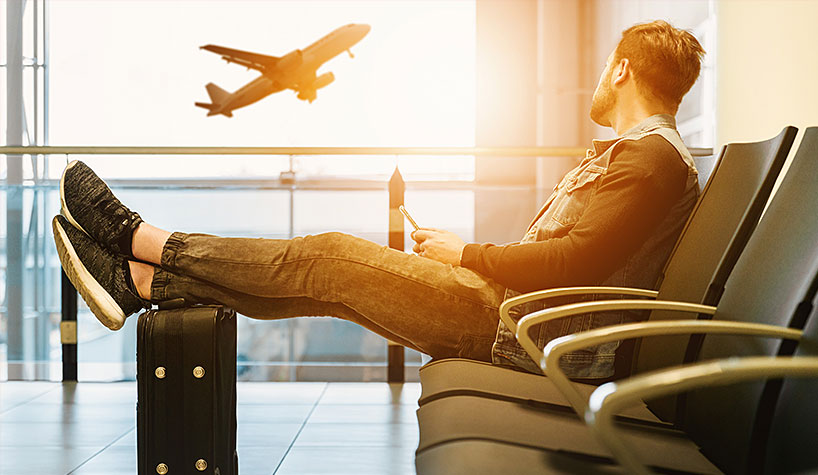 Twenty percent of the full-time American workforce expects to reach the end of the year without using their allotted vacation time.

NORWALK, CT—With less than two months remaining in 2018, one in four working Americans have nine or more days of paid time off still available to use. Twenty percent of the full-time American workforce expects to reach the end of the year without using their allotted vacation time. These were among the findings of the Priceline Work-Life Balance Report, a survey of 1,003 employed Americans executed in October by Morar HPI.

The report asked Americans to analyze how they used (or misused) their time off from work in 2018, and what travel priorities they planned to emphasize in 2019 with their vacation time. On the whole, it revealed that working Americans put their vacation time to good use—traveling extensively throughout the country, with ambitious travel plans in store for 2019—while regularly failing to use all of the vacation days available to them.

“Too often, people begin the year expecting to take full advantage of the vacation time they’re given, but find themselves scrambling to use those days as December approaches,” said Brett Keller, Priceline’s CEO.

Perhaps not surprisingly, the need for “relaxation” ranks highly for working Americans. A full 85% of Americans surveyed cited a desire to disconnect and relax as their vacation priority. When asked specifically what kind of trip they need after the “events of 2018,” “relaxation” rose to the top of the list.

Nearly a third of American workers (29%) report having “regrets” about how they spent their paid time off in 2018, but the study suggested that they are optimistic about making better use of vacation days in 2019. In particular, nearly six in ten (59%) plan to take more time off next year.

Half of American workers plan to take more solo trips, while just under a third (31%) intend to travel internationally. A full 35% of study respondents intend to take event-related trips, such as to music or food festivals.

One particular frustration voiced by American workers was the time spent traveling to wedding-related activities, including bachelor/bachelorette parties and the weddings themselves. Almost one in five employed Americans (19%) used their work vacation time for such activities in 2018. Of those who did, more than four in ten (41%) cited it as their top regret. And more than a quarter of Americans (28%) intend to use fewer vacation days for such events in 2019.

Nearly half of American workers (47%) surveyed stated that “saving money during the travel booking process” is particularly important, and nearly one in four (24%) report not having used their available vacation time because they felt they could not afford it.

American workers also report that brand loyalty—regularly flying a particular airline or staying at a certain hotel—is not an overriding priority when they travel. Overall, only 27% report loyalty to a single hotel brand, and only 23% do the same for airlines.

Female travelers show markedly less brand affinity than male travelers—only 15% of American women in the study prefer a certain airline, versus 37% of men. Approximately the same split is true of hotel loyalty, with brand preference about half as important to women (18%) as men (37%).

Will Fly for Food

American workers cited “food and drink” was their top travel expense in 2018, and four in ten (41%) claim that food will be their top influence when considering travel in 2019—the largest consideration in the field. Hotels and other accommodations, such as home or apartment rentals, was the second most-expensive travel outlay in 2018. Transport—including flights, rental cars and trains—ranked third, at 18%.

Among American workers in 2018, the most commonly visited leisure destination was within easy driving distance of home. “Staycations” topped the field as the most-taken trip (37%), followed by beach vacations (31%).

Travel within the U.S. was the most popular way to use paid time off. When presented with the hypothetical option of using vacation time to visit anywhere in the world before the end of the year, Americans’ first choice (37%) was to travel domestically. Europe was the second-most desired destination (25%) followed by Australia (13%) and South America (10%).

Within America, Florida was the most popular vacation destination, visited by 23% of travelers. California and New York round out the top three (16% and 13%, respectively). The same three states top the list of desired domestic destinations in 2019, in the same order.

Among the most surprising findings of the Priceline Work-Life Balance Report was the relatively small number of American workers who reported “faking illness” to get an extra day off. Only 27% admitted to this practice when asked by Morar HPI pollsters. Eighteen percent invented excuses related to their children or partner. A majority of respondents did not admit to any such activity.

Report: 44M Americans Have 7+ Vacation Days Remaining Unused NORWALK, CT—Nearly 44 million working Americans report having seven or more paid vacation days left to…
Expedia: Americans plan to spend an average of $1,674 on their next vacation We are in the thick of the long-anticipated travel rebound in the U.S., as vaccination rates…
Expedia: Americans Plan to Take Additional Week of Vacation This Year SEATTLE—Following a year where, for many, every aspect of life—from work, school, daycare and even vacations—was…
MMGY: 71% of U.S. adults plan to take a vacation in the next six months Building on its summer prediction that the travel industry’s recovery will continue far into 2022, MMGY…