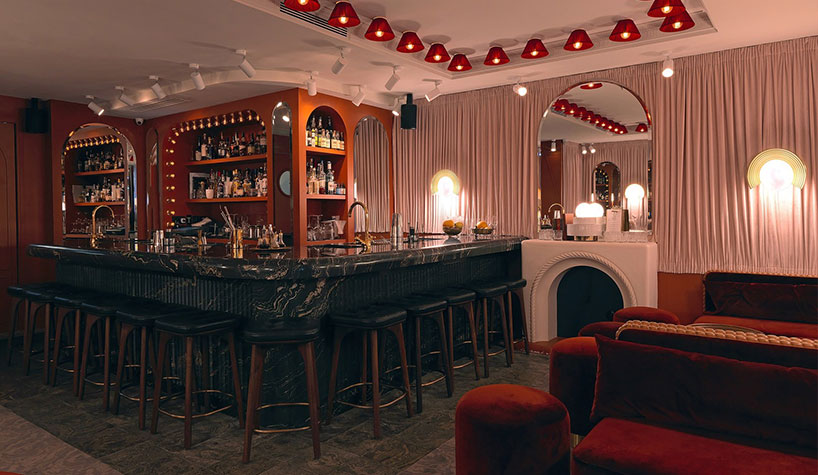 INTERNATIONAL REPORT—Renaissance Hotels has experienced growth in its global portfolio and investment by its property owners in renovations around the world.

Following the recent marquee opening of Renaissance Paris Republique Hotel, the brand will see more transformation in Paris, with the completion of this multimillion-dollar renovation this month. Designed by Didier Gomez, the 97-room hotel is inspired by the fashion designers and jewelers that have had their salons in the square. The hotel’s renovation is anchored by its new cocktail bar & restaurant Balagan—a Hebrew name meaning “Joyful Bazaar”—born of a collaboration between Experimental Group, Israeli chefs Assaf Granit and Uri Navon and the designer Dorothée Meilichzon, which opened last year.

The property will have a theatrical design reframing the city’s history along with pop art throughout the hotel: from a reimagined lobby, reminiscent of Elfreth’s alley in Old Town anchored by a 100-ft. graffiti wall designed by local artist Dan Murphy, to the hotel’s restaurant, which has portraits of Benjamin Franklin’s five mistresses created with pixelated $100 bills.

Next year, the brand is slated to introduce this new-build on the former Antiques Garage Flea Market site, from which it will draw inspiration. Giving a nod to the neighboring floral district, the hotel will bring together design elements of an indigenous flea market and secret garden with a staircase in the lobby—a collection of antique door knobs, locks and keys.

Scheduled to open in 2020 with approximately 200 guestrooms and suites, the project will restore and reimagine the Victoria’s Loews Theatre, which was at the center of the Harlem Renaissance era in the 1920s and 1930s in Manhattan.

This property marks the first brand opening in Poland, which will debut this spring. Looking to the modernism of the 1930s, 1960s and today, the hotel’s design has primary colors in its art, textiles and furniture, inspired by the fashion, graphic design and pop culture of the time.

Set to open later this year, the space’s design draws inspiration from Amsterdam Bos, the city’s largest park situated adjacent to the hotel. Because the park was created in the beginning of the 20th century at the same time as Dutch modern art, architecture and design gained popularity, the hotel’s design reveals a sense of time and place. The interiors juxtapose a natural color palette with high-gloss furniture, contemporary accents and a modern twist on famous Dutch art throughout the public spaces, bar and guestrooms.

With a debut in Indonesia last month, the property reinterprets the destination’s cliff-fringed coastlines throughout the resort with interior designs created with contrasting materials, such as rattan furniture paired with Ikat textiles.

Scheduled to debut as the brand’s first hotel in Taiwan in June, this hotel will open in the Shilin district. Each guestroom is designed with a close-up black-and-white photograph of a camel smirking; above the bed, Pablo Picasso’s famed camel sketch is reimagined into a 3D iron rod sculpture.

Web Exclusive: House of Better blends dining with design With the conversation surrounding reopening hotels post-COVID and resuming business travel, what would a hotel stay…
Two design-focused properties open in the Golden State Northern California has seen the opening of two new hotels with stylish design at their cores.…
Courtyard by Marriott reveals new design strategy Courtyard by Marriott has revealed plans for a “modern design evolution and robust renovation strategy” for…
Four Seasons plots expansion, adds SVP of design Four Seasons Hotels and Resorts is looking ahead to the future with a growing portfolio of…