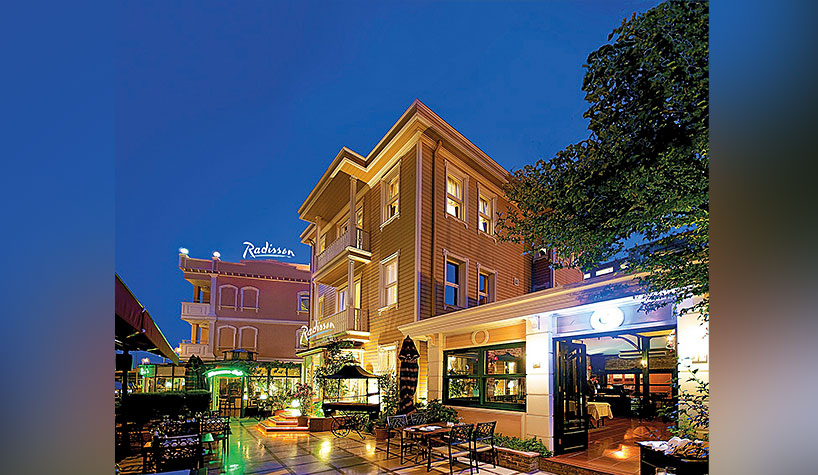 The 28-room Radisson Hotel Istanbul Sultanahmet overlooks the Sea of Marmara and is situated within the historic walls of Istanbul. F&B outlets include Anatolian-style Şömine Restaurant and Marmara Cafe & Bar, which offer sea views and a fountain. Meetings and events facilities include a 19th-century Ottoman-French meeting room and historical ballroom.

The Radisson Hotel President Beyazit Istanbul is located in the heart of old Istanbul. The property has 201 contemporary rooms and suites designed in a palette of grays and beige tones. The hotel’s five on-site restaurants and bars offer international as well as local Turkish dishes. Guests can work out with panoramic sea views in the modern fitness center and refuel after a long day of exploring at the health club, complete with a swimming pool, steam room and locally inspired treatments. Conferences can host up to 50 guests and events for up to 350 guests in the hotel’s four meeting rooms and two event venues complete with a more than 1,200-sq.-ft. ballroom.